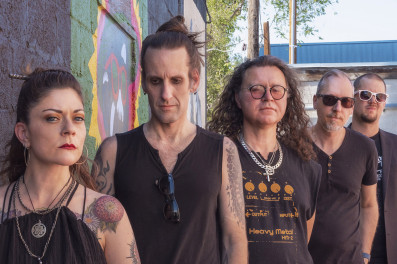 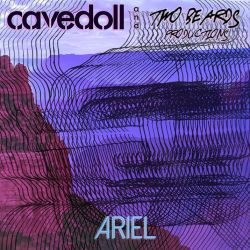 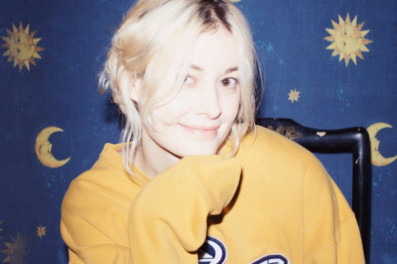 Men I Trust is a Montreal-based band founded in 2014 by high school friends Jessy Caron and Dragos Chiriac, who reunited in the music department at Université Laval. They were later joined by Emma Proulx, a singer and guitarist. They released a self-titled EP in 2014 and later performed at the Montreal Jazz Festival, Quebec City Summer Festival, and M for Montreal. They released the album Headroom in 2015. The band toured in China, playing shows in Shenzhen, Beijing, and Shanghai. In 2017 Men I Trust released the single "I Hope To Be Around" with an accompanying music video. In 2018, they released the single "Show Me How" along with a self-directed music video. In 2018, they embarked on a North American tour. They performed at the Coachella Valley Music and Arts Festival on April 14 and 21, 2019. 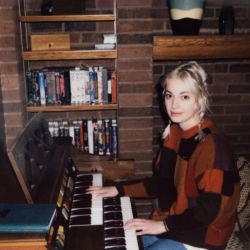 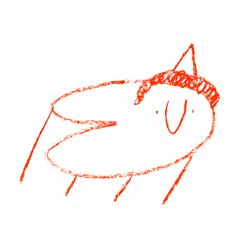 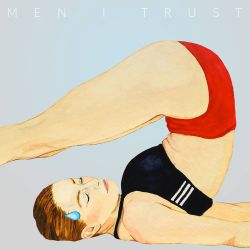 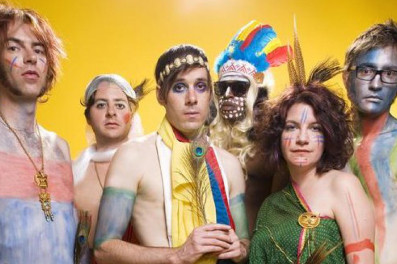 Of Montreal is an American indie pop band from Athens, Georgia. It was founded by frontperson Kevin Barnes in 1996, named after a failed romance between Barnes and a woman "of Montreal". The band is identified as part of the Elephant 6 collective. Throughout its existence, of Montreal's musical style has evolved considerably and drawn inspiration from 1960s psychedelic pop acts.

On April 25, 2013, of Montreal posted an announcement on their Facebook page stating that a new album entitled Lousy with Sylvianbriar had been completed. The post went into detail about the album's conception, including that Barnes' writing occurred while on a "self imposed isolation experiment in San Francisco" in early 2013. She was influenced by Sylvia Plath, the Grateful Dead, Neil Young, and the Flying Burrito Brothers in her writing. The album was recorded with a new lineup of musicians, including Jojo Glidewell, Nicolas Dobbratz, Bennett Lewis, and Bob Parins, with Clayton Rychlik and Kevin Barnes as the only returning members. The album and subsequent tour also featured Rebecca Cash on vocals. Lousy with Sylvianbriar was released on October 8, 2013. On July 10, 2013, the band released the first single from the album, entitled "Fugitive Air." On July 31, 2013, they announced that they would be touring their new album in October and November. This tour featured the same musicians that performed on the album, instead of longtime band members such as Bryan Poole and Dottie Alexander.

By means of a Facebook post and a Kevin Barnes interview conducted by Stereogum.com, of Montreal's album Aureate Gloom was announced. The record was influenced by "the mid-to-late 1970s music scene in New York," including bands such as Talking Heads and Led Zeppelin. The album captures Barnes' emotions borne from her separation from her wife of 11 years and its aftermath. Barnes described the album as being "all over the place musically", lending to its reflection of her mindset during the time of its creation. The album was released March 3, 2015.

In August 2016, of Montreal released Innocence Reaches, which incorporated new, EDM-inspired sounds, as well as the progressive rock sounds of the previous two albums. For the tour following the album's release, bassist Davey Pierce returned to the band, replacing Bob Parins.

On January 13, 2017, of Montreal released a new EP by surprise, entitled Rune Husk. On March 9, 2018, the album White Is Relic/Irrealis Mood was released on Polyvinyl, with singer Barnes explaining that the sound was influenced by "extended dance mixes" from the 1980s.

The band released its sixteenth studio album, UR FUN, on January 17, 2020.

Of Montreal released its seventeenth studio album, I Feel Safe with You, Trash, on March 5, 2021. 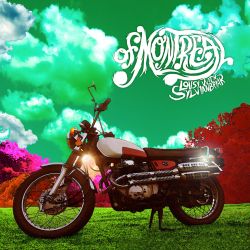