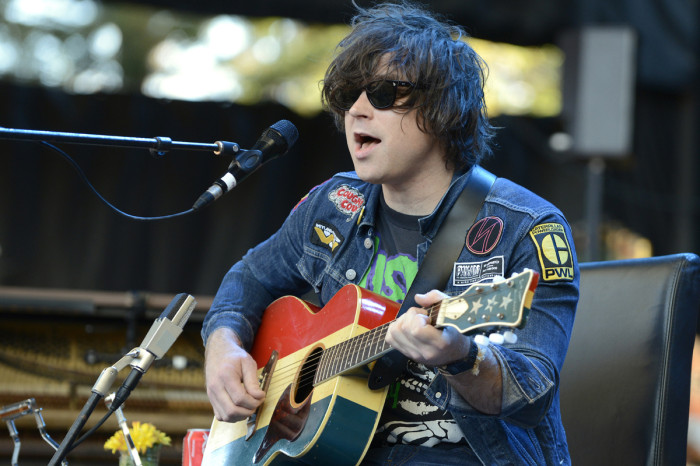 David Ryan Adams (born November 5, 1974) is an American singer-songwriter, record producer, and poet. He has released 16 albums, as well as three studio albums as a former member of rock/alt-country…

David Ryan Adams (born November 5, 1974) is an American singer-songwriter, record producer, and poet. He has released 16 albums, as well as three studio albums as a former member of rock/alt-country band Whiskeytown.

In 2000, Adams left Whiskeytown and released his debut solo album, Heartbreaker, to critical acclaim. The album was nominated for the Shortlist Music Prize. The following year, his profile increased with the release of the UK certified-gold Gold, which included the hit single, "New York, New York". During this time, Adams worked on several unreleased albums, which were consolidated into a third solo release, Demolition (2002). Working at a prolific rate, Adams released the classic rock-influenced Rock N Roll (2003), after a planned album, Love Is Hell, was rejected by his label Lost Highway. As a compromise, Love Is Hell was released as two EPs and eventually released in its full-length state in 2004.

After breaking his wrist during a live performance, Adams took a short-lived break, and formed The Cardinals, a backing band that accompanied him on his next four studio albums. In 2009, after the release of Cardinology (2009), Adams disbanded The Cardinals and announced an extended break from music due to complications from Ménière's disease. The break-up of Ryan Adams & The Cardinals was also attributed to the death of Ryan’s childhood friend and active bass player Chris Feinstein in 2009. Chris was known to his friends and band-mates as “Spacewolf”. The following year, however, Adams resumed performing and released his Glyn Johns-produced thirteenth studio album, Ashes & Fire, in late 2011. The album peaked at No. 7 on the Billboard 200. In September 2014, Adams released his fourteenth album, Ryan Adams, on his own PAX AM label, and formed a new backing band, The Shining, to support the release.

In 2015, Adams released 1989, a song-for-song cover of Taylor Swift's album of the same name, and worked on up to eighty songs for an album influenced by his divorce from actress and singer-songwriter Mandy Moore. The album, Prisoner, was released in 2017.

In 2019, Adams announced three albums to be released that year. However, the release of these albums was cancelled after several women, including a minor, came forward with sexual misconduct allegations against Adams.

In addition to his own material, Adams has also produced albums for Willie Nelson, Jesse Malin, Jenny Lewis, and Fall Out Boy, and has collaborated with Counting Crows, Weezer, Norah Jones, America, Minnie Driver, Cowboy Junkies, Leona Naess, Toots and the Maytals, Beth Orton and Krista Polvere. He has written Infinity Blues, a book of poems, and Hello Sunshine, a collection of poems and short stories.