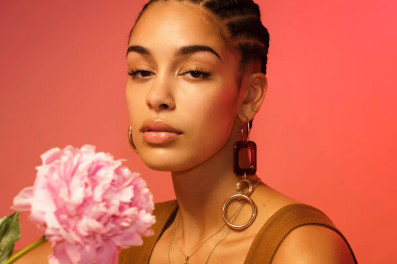 Jorja Alice Smith (born 11 June 1997) is an English singer-songwriter. Born and raised in Walsall, West Midlands, she has been writing songs since the age of 11. In 2012, Smith's friend uploaded her cover to YouTube, which led to her discovery by record producer Guy Moot. After her first two singles received broader recognition, she signed with Sony/ATV in 2016, releasing two extended plays throughout 2016 and 2017.

Her debut studio album, Lost & Found, was released in 2018 to critical acclaim, and peaked at number three on the UK Albums Chart. The same year, Smith won the Brit Critics' Choice Award. In 2019, she was named Best British Female Artist at the Brit Awards and was also nominated for the Grammy Award for Best New Artist. Her third EP Be Right Back, which was released in May 2021 received favorable reviews.

Jorja Smith was born on 11 June 1997 in Walsall, West Midlands, to a Jamaican father and an English mother. Her father Peter, a benefits officer, is a former musician who sang in a neo-soul group called 2nd Naicha before Smith was born, and her mother, Jolene, is a jewelery designer. Smith has a younger brother, Luca, and is the cousin of Rangers player Kemar Roofe.

She began taking piano lessons at the age of 8 at the encouragement of her father. Smith earned a music scholarship at Aldridge School, where she learned the oboe and studied classical singing, before taking music for her A-level exams. She was scouted by a manager at the age of 15 after uploading videos of herself singing cover songs on YouTube. Shortly after, she began traveling to London for writing sessions with Maverick Sabre and Ed Thomas, while still in school. After graduation, she moved to London at the age of 18 where she supported herself by working as a barista, and continued to write songs.

Smith grew up listening to reggae, punk, hip-hop, and R&B, and wrote her first song at the age of 11. She describes being "obsessed" with Amy Winehouse's 2003 debut album Frank as a teenager and was inspired by the singer's raw approach to songwriting. Smith said her songs are about social issues: "When things are going on in the world, I think it's important to touch on them, because as a musician, you can make people listen. As soon as people press play, you've got their attention." She cites Lauryn Hill, Adele, Amy Winehouse, Sade, Nina Simone, Alicia Keys, Mos Def and the Streets as influences. Style wise, Smith cites Rihanna as the sole fashion icon she is inspired by. 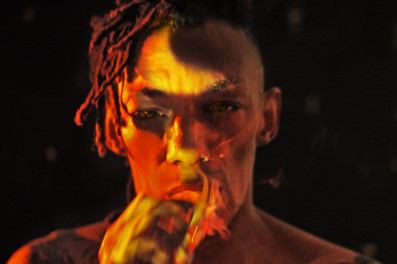 Adrian Nicholas Matthews Thaws (born 27 January 1968), better known by his stage name Tricky, is an English record producer and rapper. Born and raised in Bristol, he began his career as an early collaborator of Massive Attack before embarking on a solo career with his debut album, Maxinquaye, in 1995. The release won Tricky popular acclaim and marked the beginning of a lengthy collaborative partnership with vocalist Martina Topley-Bird. He released four more studio albums before the end of the decade, including Pre-Millennium Tension and the pseudonymous Nearly God, both in 1996. He has gone on to release eight studio albums since 2000, most recently Ununiform (2017).

Tricky is a pioneer of trip hop music, and his work is noted for its dark, layered musical style that blends disparate cultural influences and genres, including hip hop, alternative rock and ragga. He has collaborated with a wide range of artists over the course of his career, including Terry Hall, Björk, Gravediggaz, Grace Jones, and PJ Harvey. 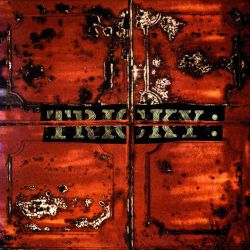 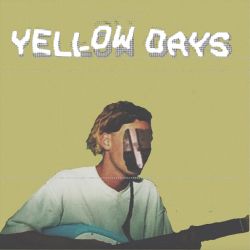