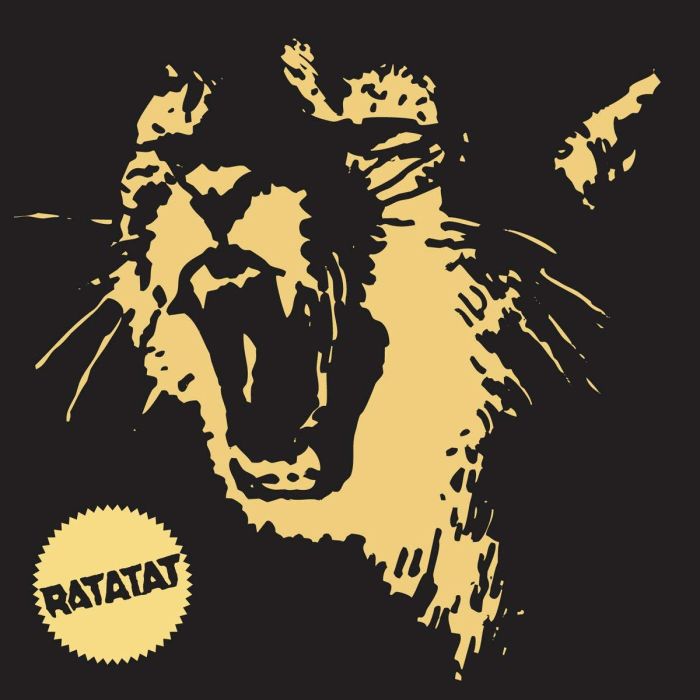 Evan Mast and Mike Stroud first met as students at Skidmore College. They started working together in 2001, recording several songs under the name "Cherry", Stroud had previously toured with Dashboard Confessional in 2000.

Ratatat debuted in 2003 with the release of the single "Seventeen Years" on Mast's and his brother Eric's (E*Rock) record label Audio Dregs in the US and Rex Records in the UK. Mike Stroud had been a touring member of Ben Kweller's band, but he "had enough" by 2003 and, after two years of touring, left the band after appearing on their second album, On My Way (released in 2004). Having signed for XL Recordings, Ratatat released their self-titled debut album, Ratatat and the single "Germany to Germany". The album was written and recorded in Mast's Crown Heights, Brooklyn apartment on his laptop. It is entirely instrumental with the exception of vocal excerpts at the beginning and end of select tracks.

In the following year, Ratatat supported the band Interpol on their tour. Also in 2004, Ratatat released Ratatat Remixes Vol. 1 in co-operation with Audio Dregs, a compilation of remixed tracks by other artists, thereby garnering the attention of Rolling Stone.

On October 6, 2006, Ratatat became the first band to perform a public show inside the Guggenheim Museum in New York City.

On October 10, 2006, a new demo album from Ratatat titled 9 Beats was leaked online. This set of tracks does not appear on any official discography listings. 9 Beats was not an official album, the tracks consist of short instrumental electronic musical pieces and demos for their next mixtape. In 2007, this release was followed by their second volume of remixed tracks, Ratatat Remixes Vol. 2.

From June 2007 until October 2008, Ratatat had Martin Bonventre accompany them on their European tour and fall shows in America as the pianist/synthesizer player. Bonventre drew much attention due to his erratic dance movements on stage. The reason for him leaving the performance is unknown.

Third album, LP3 (2008–2009)
Leading up to the release of Ratatat's third album LP3 on July 8, 2008, their official website showed the videos of the three first singles. "Shiller", "Shempi" and then "Mirando" have all been released (or announced) on 7" or 12" singles. "Shiller", the first to be released, featured a special b-side, the track "Mahalo" which was later also included on the fourth album, LP4.

In 2008, it was rumored that they would be signed by Star Trak Entertainment as the understudies of The Neptunes.

In 2010, Ratatat supported Vampire Weekend on their UK tour at The Brighton Centre and Alexandra Palace. Meanwhile, their song Neckbrace was used in the ski film "The Way I See It" by Matchstick Productions. In 2011, their track "Mirando" was used in Prada's SS2011 ad campaign.

In August 2011, Ratatat was featured in the song "Red Alert" on CSS's new album La Liberación.

On September 29, 2012 past collaborator Kid Cudi confirmed that Ratatat would be featured and producing on his upcoming third studio album Indicud, however the collaboration didn't make the final cut after Kid Cudi decided to produce the whole album by himself, with the exception of an additional production by Hit-Boy on the track "Red Eye" featuring Haim.

In May 2013 they entered the Austrian Singlecharts after the Austrian network provider A1 used "Loud Pipes" for a radio-advertisement.

Ratatat at the Fox Theater in Pomona, promoting Magnifique, on April 15, 2015.
The band played Coachella Festival and Governor's Ball Music Festival in 2015. They debuted their new song "Cream On Chrome" just a few hours before their night-ending Coachella set on April 11, 2015. The band also played a concert in Pomona, California on April 15, 2015, and at Primavera Sound in Barcelona in May.

In May 2015, the band announced that their fifth album, Magnifique, would be released on July 17, 2015, and feature a cover of the 1971 Springwater single "I Will Return".

The first single from the album, the track "Cream on Chrome", was voted number 52 in the Triple J Hottest 100 of 2015 held in January 2016. This is their second appearance on the annual countdown run by the Australian radio station, after featuring on Kid Cudi's "Pursuit of Happiness", which polled 33rd in the 2009 countdown. 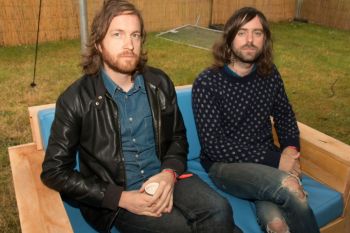 Are you enjoying “Wildcat” by Ratatat?