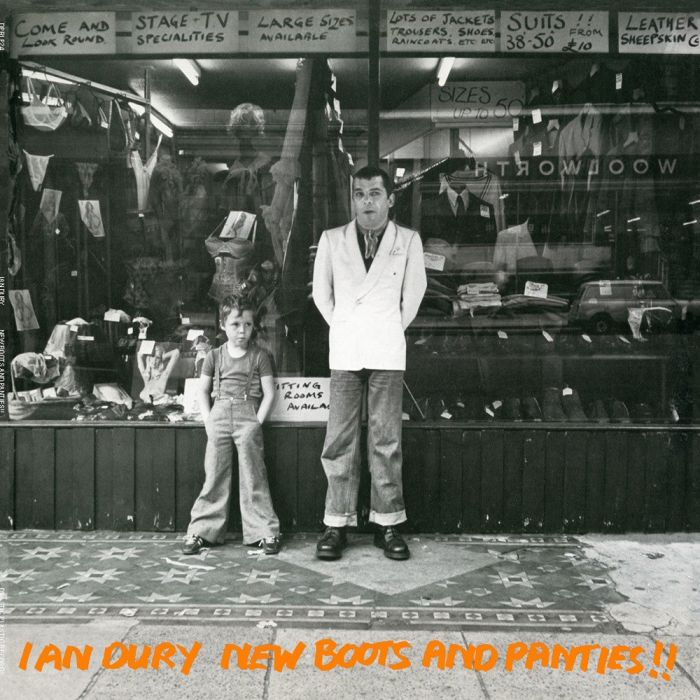 This one is for you Brouwer!

Ian Robins Dury (12 May 1942 – 27 March 2000) was an English singer-songwriter and actor who rose to fame during the late 1970s, during the punk and new wave era of rock music. He was the lead singer of Ian Dury and the Blockheads and before that of Kilburn and the High Roads.

Dury was born at his parents' home at 43 Weald Rise, Harrow Weald, Middlesex (though he often pretended that he had been born in Upminster, Essex, which all but one of his obituaries in the UK national press stated as fact). His father, William George Dury (born 23 September 1905, Southborough, Kent; died 25 February 1968), was a bus driver and former boxer, while his mother Margaret (known as "Peggy", born Margaret Cuthbertson Walker, 17 April 1910, Rochdale, Lancashire; d. January 1995) was a health visitor, the daughter of a Cornish doctor and the granddaughter of an Irish landowner.

William Dury trained with Rolls-Royce to be a chauffeur, and was then absent for long periods, so Peggy Dury took Ian to stay with her parents in Cornwall. After the Second World War, the family moved to Switzerland, where his father chauffeured for a millionaire and the Western European Union. In 1946 Peggy brought Ian back to England and they stayed with her sister, Mary, a doctor in Cranham, a small village in Essex. Although he saw his father on visits, they never lived together again.

At the age of seven, he contracted polio, most likely, he believed, from a swimming pool at Southend on Sea during the 1949 polio epidemic. After six weeks in a full plaster cast in the Royal Cornwall Infirmary, Truro, he was moved to Black Notley Hospital, Braintree, Essex, where he spent a year and a half before going to Chailey Heritage Craft School, East Sussex, in 1951.