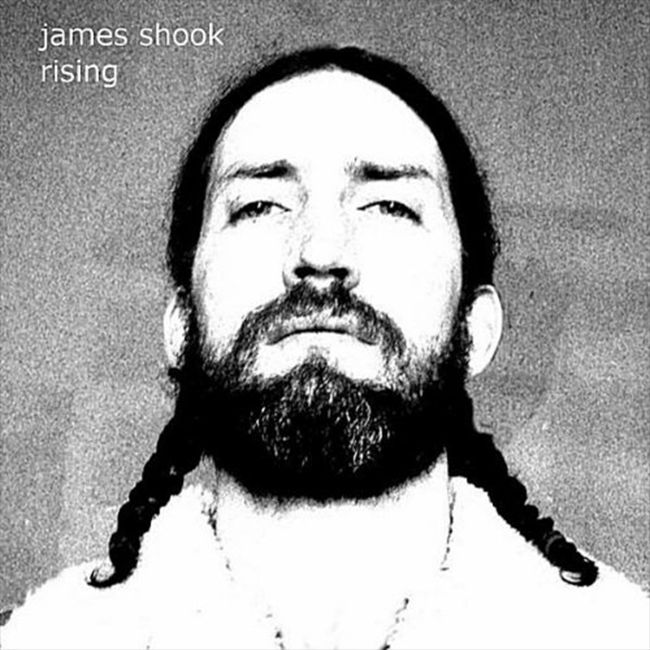 The Utah vortex got me,” says James Shook, one of several fine Salt Lake musicians we’d lost to the lush Portland, Ore., scene. During the ’90s, Shook was busy on the Salt Lake music scene with his…

The Utah vortex got me,” says James Shook, one of several fine Salt Lake musicians we’d lost to the lush Portland, Ore., scene. During the ’90s, Shook was busy on the Salt Lake music scene with his bands Loose and James Shook & the Resolutions until 1999, when he left for the reason everybody leaves: “Portland has much more music industry for its size than does Salt Lake City, so it seemed the natural next step for what I was trying to do.”

He’s back now, due to circumstances beyond his control.

Living and working in Portland, Shook was planning to return to Logan to spend three months finishing a solo album before relocating to Los Angeles. But two months into the recording, he ate concrete in a skateboard park, breaking both arms and partially paralyzing the fingers in his left hand. “It took about six months, two surgeries, a steel plate and 12 screws to get everything working again,” he says, adding the medical bills forced him to stay in Utah. This would be strange serendipity.

He was born here but moved around during his childhood (L.A., Hawaii, Idaho, back here—to Logan). He wrote his first song on guitar when he was six, “no chords, just open strings.” He says he was expected to be a visual artist, so he didn’t seriously pursue music until he was 18, when he spent a summer in Alaska with a friend who owned a guitar. “I just started playing it all the time. The rest is sort of a blur.”

A blur, perhaps, because when he returned to Salt Lake to form the jammy Loose, the band rose quickly on the scene, drawing fat crowds at the Holy Cow (now the Urban Lounge) and the Zephyr Club. They released an album, Fluid, and toured for a year—to the tune of 180 shows—until “we just burned ourselves out and split up.”

After Loose, Shook went solo acoustic and played bass with Mighty Dave & His Crescent City Thunder and formed an embryonic version of the R& -rock-reggae Resolutions. About that time the Jackmormons took Shook on the road for 18 months, first as their merchandise handler, then their opening act, “which turned into me playing with them every night until we were talking about me joining up.” He didn’t, but he did make the move to Portland and lured more Salt Lake players there in order to give the Resolutions a serious go.

The Resolutions released one album, Fidelity, a result of Shook having an old analog eight-track machine lying around. Since the band never really had a solid lineup, the album featured “lots of different players” (including Jameson Wilkins of J.W. Blackout and Jed Keipp of Jebu) but with Shook handling many of the instruments himself. He put together a touring lineup and went out for six months, with basically the same result as with Loose. Six months later, he was doing solo acoustic gigs in Portland.

Which brings us to the fortuitous fracture, the bills from which kept Shook in Salt Lake. While recovering, he considered abandoning music, but for bedroom jamming. He still loved playing, but he’d lost the drive to “make it” and was “disappointed at how much of my life I’d let slip by trying to catch success.” He eventually “relaxed” and hooked up with drummer Nate Smith and bassist Mark McKnight, neither of whom he’d played with previously. The new band, which begins gigging this month, is called Jin Shen, which translates roughly to “internal power of spirit.” The group is very much like the Resolutions’ multifarious sound, only more laidback. Like Shook, post-priority shift.

“It’s important for me to write songs that are honest,” he says, which may be the extent of his goals for Jin Shen. “Maybe I’m not sure.” He’s content with his day-to-day life here—studying martial arts five days a week—and is trying to avoid letting the business or social aspects of a band interfere with or run his life, “because they will if you let them. I’ll wait and see what comes to me as a result of investing in just what I love about playing music. If the right opportunity comes along, well, we’ll see.”