'No Woman'
by Whitney 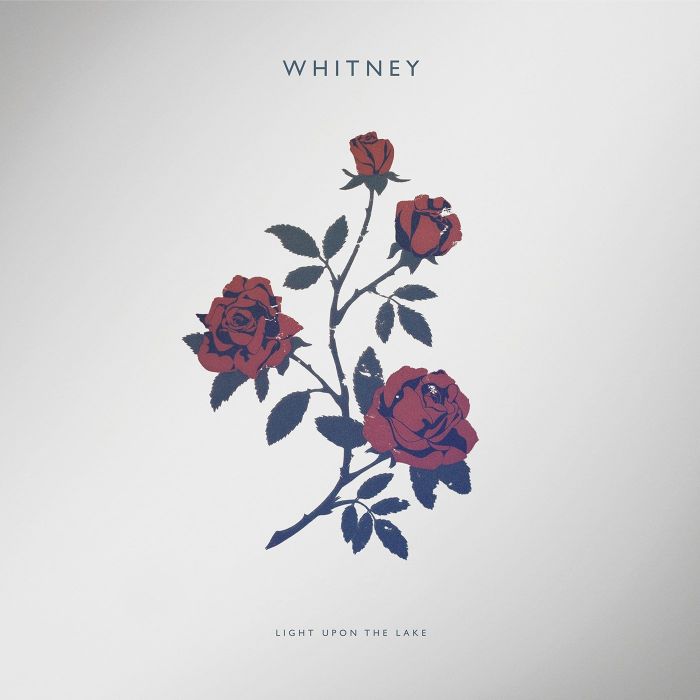 Whitney is an American band from Chicago, which formed in 2015 and is signed to Secretly Canadian. The band was formed shortly after the breakup of members Max Kakacek and Julien Ehrlich's band Smith…

Whitney is an American band from Chicago, which formed in 2015 and is signed to Secretly Canadian. The band was formed shortly after the breakup of members Max Kakacek and Julien Ehrlich's band Smith Westerns in late 2014. They released their debut album, Light Upon the Lake, in June 2016 and have toured internationally.

Career
After the breakup of Smith Westerns in 2014, guitarist Kakacek joined with drummer Julien Ehrlich, who also played drums for Unknown Mortal Orchestra, to form Whitney. As roommates, the duo shared songwriting duties while Ehrlich became the main vocalist. Initially the band featured members of the Touching Voids, Ehrlich's previous band. In June 2015, the band made the song "No Matter Where We Go" available digitally through the Lead Riders label. It included former Smith Westerns member Ziyad Asrar on rhythm guitar, Malcolm Brown on keyboards, bassist Josiah Marshall and brass player Will Miller.

During 2015, the band played around thirty shows, mostly in support of other artists. This included Tobias Jesso Jr. who got the band in contact with Jonathan Rado, the producer of the album. In September of that year, they joined Rado at his Los Angeles home studio to record. In January 2016 the band released the single "No Woman" supported by a video and toured Europe in anticipation of the new album. They also featured on the 2016 edition of the SXSW festival.

On June 3, 2016 the album Light Upon the Lake was released. In support they embarked on their first headlining European tour.

In 2017, the band announced a new demos album with a previously unreleased song, "You and Me".

In March 2017 Whitney released two new songs, "You've Got a Woman" and "Gonna Hurry (As Slow as I Can)". Both are covers.

In an interview published in April 2019 the band mentioned their second album, due in 2019, will deal with "fear, confusion, and substance abuse". They shared a song titled "FTA" from the album in June 2019 and released the lead single “Giving Up” on June 6.

Style
Ehrlich outlined the approach to songwriting as "when we were writing for Whitney, we were doing what we wanted to do, the music was really freeing". Paul Lester in the Guardian described the band as "think Bon Iver, with elements of folk and country, only given a Chicago soul makeover". They cite Levon Helm and Allen Toussaint as inspiration.