'Blood in Rain'
by Ethan Gruska 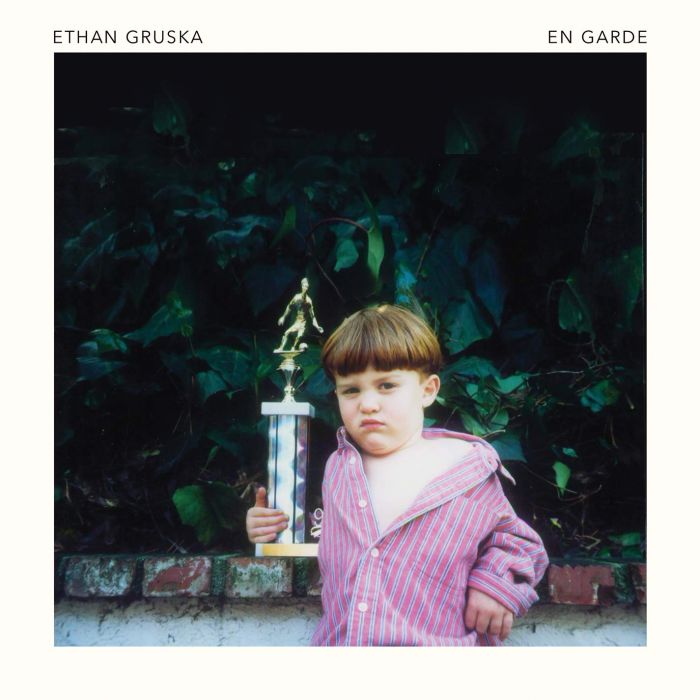 An indie singer/songwriter with a reflective, literate style in the vein of influences like Paul Simon and Joni Mitchell, Ethan Gruska…

An indie singer/songwriter with a reflective, literate style in the vein of influences like Paul Simon and Joni Mitchell, Ethan Gruska was half of indie pop duo the Belle Brigade before launching a solo career with 2017's Slowmotionary. He found demand as a producer, as well, after working on Phoebe Bridgers' debut album, Stranger in the Alps, from the same year. He's also written songs for John Legend and Kimbra, among others.

Gruska comes from an extended family of professional musicians: his father is Emmy-nominated TV/film composer and songwriter Jay Gruska, and his grandfather is Oscar-winning composer John Williams. Other professional musicians from the family include but are not limited to drummer Johnny Williams of Raymond Scott Quintette and Joseph Williams of Toto. His older sister, Barbara Gruska, has played drums for the likes of Jenny Lewis and HONEYHONEY, and is the other half of the Belle Brigade, contributing drums, vocals, and guitar. The duo's self-titled debut was co-produced by Matthew Wilder and released by Reprise in 2011. They followed it with Just Because on ATO in 2014. To support the album, the Belle Brigade opened for Ray LaMontagne on his North American Supernova tour, doubling as members of his backing band.

In 2016, a song Gruska co-wrote with Blake Mills and John Stephens for John Legend, "Right by You," appeared on Legend's album DARKNESS AND LIGHT. A year later, Mills would appear on Gruska's solo debut album alongside guests Rob Moose, Gabe Noel, and Barbara Gruska. With production by Tony Berg (Aimee Mann, Andrew Bird), Slowmotionary arrived via Sire in March 2017.

Lending a hand to then-newcomer Phoebe Bridgers, Gruska produced and played around a dozen instruments on her likewise soft-spoken debut album, Stranger in the Alps, released in September 2017. That led to more work as a producer, including collaborations with alt-pop singer Kimbra and pensive indie rockers Bad Books. He co-penned songs for artists as varied as Madison Cunningham, Joseph, and Trombone Shorty before returning with his sophomore solo album, En Garde. It was released by Warner Bros. in early 2020.