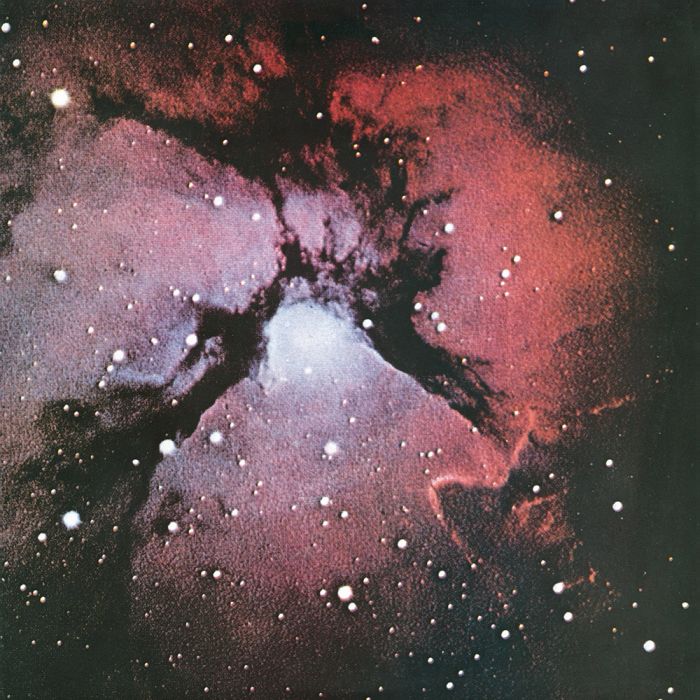 King Crimson are an English progressive rock band formed in London in 1968. King Crimson have been influential both on the early 1970s progressive rock movement and many contemporary artists. Although the band has undergone numerous formations throughout its history, Robert Fripp is the only constant member of the group and is considered the band's leader and driving force. The band has earned a large cult following. They were ranked No. 87 on VH1's 100 Greatest Artists of Hard Rock. Although considered to be a seminal progressive rock band (a genre characterised by extended instrumental sections and complex song structures), they have often distanced themselves from the genre: as well as influencing several generations of progressive and psychedelic rock bands, they have also been an influence on subsequent alternative metal, hardcore and experimental/noise musicians.

Developed from the unsuccessful psychedelic pop trio Giles, Giles and Fripp, the initial King Crimson were key to the formation of early progressive rock, strongly influencing and altering the music of contemporaries such as Yes and Genesis. Their debut album, In the Court of the Crimson King (1969), remains their most successful and influential release, with its elements of jazz, classical and experimental music. Their success increased following an opening act performance for the Rolling Stones at Hyde Park, London, in 1969. Following In the Wake of Poseidon (1970) and the less successful chamber jazz-inspired Lizard (1970), and Islands (1971), the group reformatted and changed their instrumentation (swapping out saxophone in favour of violin and unusual percussion) in order to develop their own take on European rock improvisation, reaching a new creative peak on Larks' Tongues in Aspic (1973), Starless and Bible Black (1974) and Red (1974). Fripp disbanded the group in 1974.

In 1981, King Crimson reformed with another change in musical direction and instrumentation (incorporating, for the first time, a mixture of British and American personnel plus doubled guitar and influences taken from gamelan, post-punk and New York minimalism). This lasted for three years, resulting in the trio of albums Discipline (1981), Beat (1982) and Three of a Perfect Pair (1984). Following a decade-long hiatus, Fripp revived the group as an expanded "Double Trio" sextet in 1994, mingling its mid-‘70s and 1980s approaches with new creative options available via MIDI technology. This resulted in another three-year cycle of activity including the release of Thrak (1995). King Crimson reunited again in 2000 as a more alternative metal-oriented quartet (or "Double Duo"), releasing The Construkction of Light in 2000 and The Power to Believe in 2003: after further personnel shuffles, the band expanded to a double-drummer quintet for a 2008 tour celebrating their 40th anniversary.

Following another hiatus between 2009 and 2012, King Crimson reformed once again in 2013; this time as a septet (and, later, octet) with an unusual three-drumkit frontline and the return of saxophone/flute to the lineup for the first time since 1972. This current version of King Crimson has continued to tour and to release live albums, significantly rearranging and reinterpreting music from across the band's career.

Since 1997, several musicians have pursued aspects of the band's work and approaches through a series of related bands collectively referred to as ProjeKcts.

In August 1967, brothers Michael Giles (drums) and Peter Giles (bass), who had been professional musicians in various jobbing bands since their mid-teens in Dorset, England, advertised for a singing organist to join their new group. Fellow Dorset musician Robert Fripp – a guitarist who did not sing – responded and the trio formed the band Giles, Giles and Fripp. Based on a format of eccentric pop songs and complex instrumentals, the band recorded several unsuccessful singles and one album, The Cheerful Insanity of Giles, Giles and Fripp. The band hovered on the edge of success, with several radio sessions and a television appearance, but never scored the hit that would have been crucial for a commercial breakthrough.

Attempting to expand their sound, the three recruited Ian McDonald on keyboards, reeds and woodwinds. McDonald brought along his then-girlfriend, former Fairport Convention singer Judy Dyble, whose brief tenure with the group ended when the two split. McDonald brought in lyricist, roadie, and art strategist Peter Sinfield, with whom he had been writing songs – a partnership initiated when McDonald had said to Sinfield, regarding his 1968 band Creation, "Peter, I have to tell you that your band is hopeless, but you write some great words. Would you like to get together on a couple of songs?" Fripp, meanwhile, saw Clouds perform at the Marquee Club in London which inspired him to incorporate classical melodies and jazz-like improvisation in his songwriting. No longer interested in pursuing Peter Giles' more whimsical pop style, Fripp recommended his friend, singer, and guitarist Greg Lake, join and replace either Peter Giles or Fripp himself. Peter Giles later called it one of Fripp's "cute political moves". But he had become disillusioned with the band's lack of success and departed, leaving Lake to become bassist and singer. 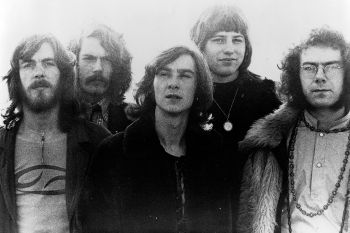 Are you enjoying “Sailor's Tale” by King Crimson?