'A Cloud to the Back'
by Sam Prekop 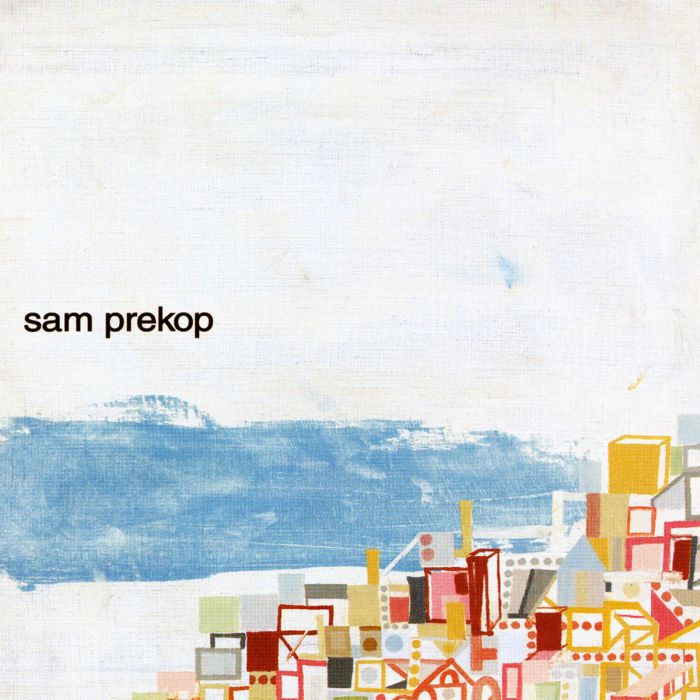 Sam Prekop’s boundless imagination is guided by his strong sense of melody. For more than 25 years, as a solo artist or as part of The Sea and Cake, Prekop creates a singular sound inventive and warm.…

Sam Prekop’s boundless imagination is guided by his strong sense of melody. For more than 25 years, as a solo artist or as part of The Sea and Cake, Prekop creates a singular sound inventive and warm. His distinctive vocals, guitar playing and work on modular analog synthesizers are inventive, delicate, and always bear his signature sense of melody. Comma finds Sam Prekop for the first time working extensively with beat programming, focusing his enveloping synthesizer pieces around a newfound rhythmic pulse.

Prekop’s creative process is a combination of preparation and improvisation. Writing sessions for Comma began with an open-ended exploration of sounds and textures from which the first fragments of songs would reveal themselves. The introduction of drum machines and additional synthesizer units to his modular setup shifted things in surprising new directions as he worked to bend them into more traditional pop song structures. Drum tracks and emergent rhythms provided the frameworks and narrative sketches to be fleshed out with lustrous widescreen synth pads and ribboning melodies. In approaching his writing with a completely open mind and letting himself be guided by the music, Prekop maintains a delicate balance between composition and chance, control and spontaneity. Comma embraces the analogue synthesizer’s often unpredictable nature, imbuing the record with a decidedly organic feel even while working within the relative rigidity of beat architectures.

Prekop’s wide-eyed sense of discovery guides his exploration of beat-driven music, pushing him to use rhythm as a narrative tool and to embrace electronic music’s romantic and emotional qualities. “Park Line” and “Circle Line” evoke the relentless forward motion of public transit and commuter routine, one propelled by juddering machine-drums, the other illuminated in glistening neon. “Summer Places” and title track “Comma” are utterly transportive in their intoxicating tropical futurism, aqueous electronic loops cascading over melodic percussion. “September Remember” is notable precisely for its lack of drum track, opening up the field of sound and obliterating all but the faintest after-echoes of skittering percussion in its astral melancholy. “Approaching” achieves an incredible depth of sound and feeling using minimal constituent parts, interlocking synth-lines revealing surprising new sonorities with every repetition. With Comma, Prekop compiles an incredible breadth of ideas into a surprisingly coherent sound-world.

Comma is Prekop’s modern minimal pop album that taps into the experimental heritage of the synthesizer. The album places Sam Prekop’s work squarely in the tradition of electronic music pioneers like Brian Eno and Yellow Magic Orchestra who brought together the unrestrained ambition of the avant-garde with the immediacy and accessibility of pop music.