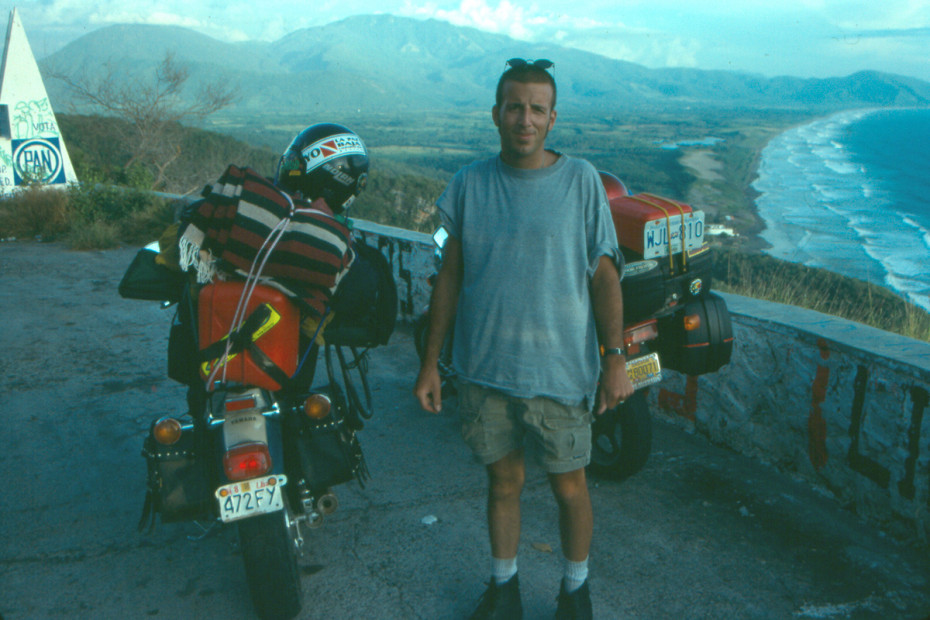 In 1997, Darren & Terry took a five month-8,000 mile motorcycle adventure from the Pacific Ocean to the Caribbean Ocean.

In 1995, Darren purchased his first motorcycle. It was a Yamaha XT 350 enduro. His passion for adventure was bursting at the seams and was motivated to get a bigger motorcycle by the 1969 movie “Easy Rider”. Soon after his purchase in late 1996, he was conversing with an old friend Terry in Mountain View, California about a possible road trip. He convinced Darren to head south of the border with him October 3rd, 1997 to see pyramids.

There wil be a documentary film in the future with the original Kodachrome 64 ISO (k-14 slide film) and audio from the trip captured by 11 hours of mini cassette tapes. Unfortunately, he lost his camera, two rolls of film and his first audio cassette tape from the first part of his adventure.

In the meanwhile, here is half of the story of this trip through photos scanned from those Kodachrome slides.

Shot on a Canon 35mm SLR