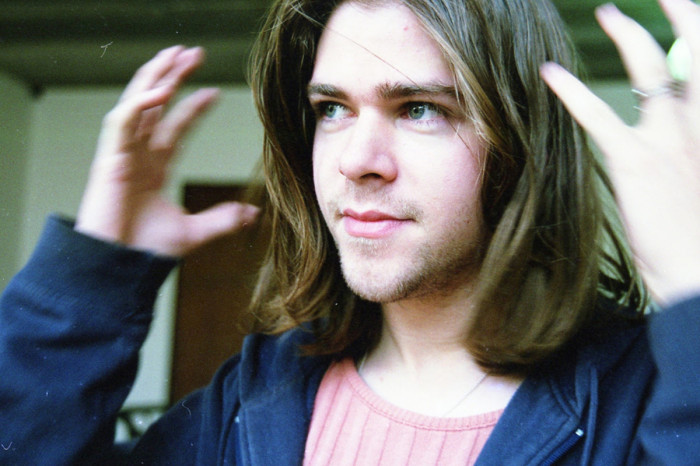 Ariel Marcus Rosenberg (/ˈɑːriɛl/ AR-ee-el; born June 24, 1978), also known as Ariel Pink, is an American musician, singer, and songwriter whose work draws heavily from 1970s–1980s pop radio. His lo-fi aesthetic and home-recorded albums proved influential to many indie musicians starting in the late 2000s. He is frequently cited as "godfather" of the hypnagogic pop and chillwave movements, and he is credited with galvanizing a larger trend involving the evocation of the media, sounds, and outmoded technologies of prior decades.

A native of Los Angeles, Pink began experimenting with recording songs on an eight-track Portastudio as a teenager. His early influences were artists such as Michael Jackson, the Cure, and R. Stevie Moore. The majority of his recorded output stems from a prolific eight-year period (1996–2003) in which he accumulated over 200 cassette tapes of material. Virtually all of his music released in the 2000s was written and recorded before 2004, the same year he debuted on Animal Collective's Paw Tracks label with The Doldrums (2000), followed with House Arrest (2002) and Worn Copy (2003). The albums immediately attracted a cult following.

In the 2000s, Pink's unusual sound prompted a renewed critical discussion of hauntological phenomena, for which he was a central figure. Until 2014, his records were usually credited to "Ariel Pink's Haunted Graffiti", a solo project sometimes conflated with his touring band. His fame and recognition escalated following the success of his 2010 album Before Today, his first recorded in a professional studio. Since then, he has recorded three more albums: Mature Themes (2012), Pom Pom (2014), and Dedicated to Bobby Jameson (2017). He has also collaborated with a variety of other artists.