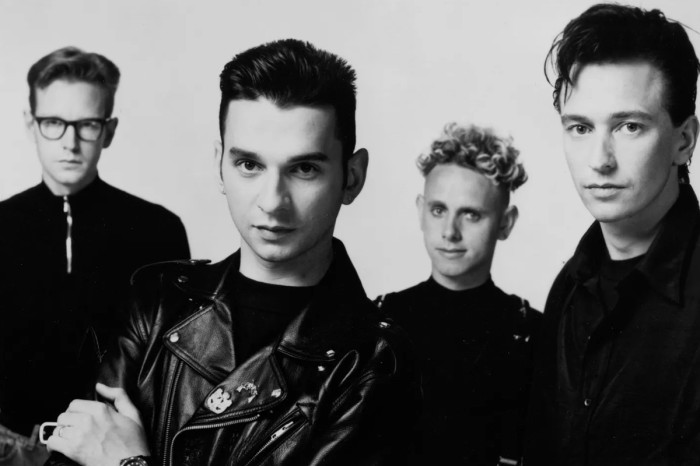 Depeche Mode released their debut album, Speak & Spell, in 1981, bringing the band onto the British new wave scene. Founding member Vince Clarke left after the release of the album; they recorded A Broken Frame as a trio. Gore took over as main songwriter and later, in 1982, Alan Wilder replaced Clarke, establishing a lineup that continued for 13 years. The band's last albums of the 1980s, Black Celebration and Music for the Masses, established them as a dominant force within the electronic music scene. A highlight of this era was the band's June 1988 concert at the Pasadena Rose Bowl, where they drew a crowd in excess of 60,000 people. In early 1990, they released Violator, an international mainstream success. The following album Songs of Faith and Devotion, released in 1993, was also a success, though the band's internal struggles during recording and touring resulted in Wilder's departure in 1995.

Depeche Mode have had 54 songs in the UK Singles Chart and 17 Top 10 albums in the UK chart; they have sold more than 100 million records worldwide. Q included the band in its list of the "50 Bands That Changed the World!" Depeche Mode also rank No. 98 on VH1's "100 Greatest Artists of All Time". In December 2016, Billboard named Depeche Mode the 10th Greatest of All Time Top Dance Club Artists. They were nominated for induction into the Rock and Roll Hall of Fame in 2017 and 2018, and were inducted as part of the Class of 2020.