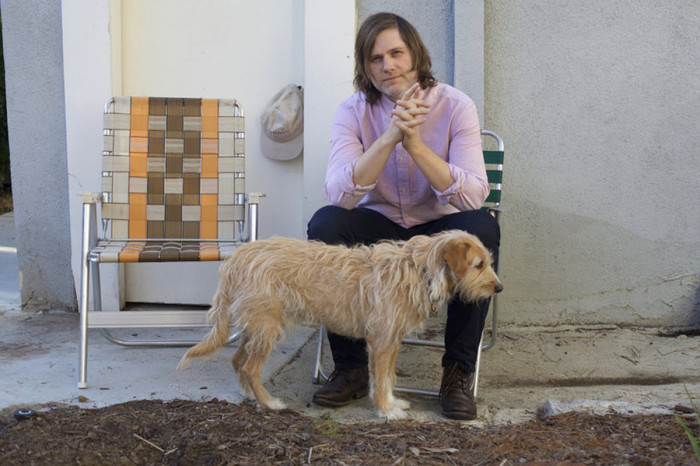 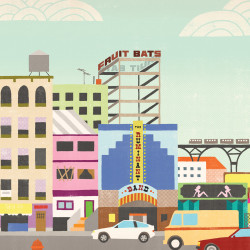 Fruit Bats is an American rock band formed in 1997 in Chicago, Illinois, United States. Noted as an early entrant into the folk-rock boom of the early 2000s, the group has had many personnel changes…

Fruit Bats is an American rock band formed in 1997 in Chicago, Illinois, United States. Noted as an early entrant into the folk-rock boom of the early 2000s, the group has had many personnel changes but revolves around singer/songwriter Eric D. Johnson.

In 2000, Eric D. Johnson was an instructor at The Old Town School of Folk Music, led his own space-rock band called I Rowboat, and was a guitarist in various groups, including Califone and The Shins. He also had a four-track solo outlet called Fruit Bats, which he had been working on since 1997.

Fruit Bats had begun to evolve into a band with the inclusion of I Rowboat members Dan Strack and Brian Belval and in 2001, their debut record Echolocation was released on Califone's imprint, Perishable Records. Tours followed with the likes of Modest Mouse and The Shins.

Johnson also joined The Shins in 2009. Their song "Humbug Mountain Song" spurred new fan activity. In an interview with Reverb Magazine's Nick Milligan (Australia), Eric D. Johnson has said of The Ruminant Band: "I shouldn't say I had any strong ideas about how I wanted The Ruminant Band to differ from our other records, but I knew that I definitely wanted it to. Previously, when I did those other albums, I think I set rules for myself. This time I didn't try to go by the book so much. I also let the other [band members] play, rather than me being in charge. I played very little on this record – I wrote the songs and the vocal arrangements, and played some piano, but for the most part everything else is the band. That trust is something that comes with time. I had four years to sit and think about it. It can get lonely when you're doing the – quote unquote – solo thing. My band is really talented, so I wanted their voices to be heard."

The song "When U Love Somebody" from the album Mouthfuls can be heard in the 2010 film Youth in Revolt.

The music video for "The Ruminant Band" from the album The Ruminant Band was shot in El Monte, California and directed by The General Assembly. Eric D. Johnson is the only member of the Fruit Bats to appear in the video. He is backed by a fictitious band that includes legendary guitarist, Willie Chambers of The Chambers Brothers.

In June 2011, Johnson appeared in the music video for "You're Too Weird" from the album Tripper. The video was shot in Hollywood, California and directed by The General Assembly.

In November 2013, Johnson announced the demise of the Fruit Bats on the band's website. The band played a handful of live shows, which also marked the 10th anniversary of their album Mouthfuls, in the Pacific Northwest, with their final show in Portland on November 16, 2013.

Johnson announced via Twitter in May 2015, "I'm doing Fruit Bats again", and linked an Instagram photo of a handwritten letter, indicating that an album will be released in 2016. Additionally they have scheduled 2015 tour dates with My Morning Jacket. The album Absolute Loser was released in 2016.

Johnson is also the cofounder of the Huichica Musical Festival, in Sonoma, California, along with Jeff Bundschu, owner of Gundlach Bundschu winery. Johnson started this festival in 2009 to give him and his friends a place to play.

According to an article in The Aspen Times, lead singer Eric D. Johnson's musical influences include 70s AM radio, which he listened to while growing up in Naperville, Illinois, and The Grateful Dead.

One writer described the band's fourth album, The Ruminant Band, as one that ..."revels in early ‘70s SoCal bliss and other alt-country permutations," with elements reflective of classic rock icons including Neil Young, Fleetwood Mac and Three Dog Night.

In a music blog entry in the Chicago Sun-Times from 2010, the band's influences include The Byrds, The Kinks' album The Village Green Preservation Society, pop radio from the late '70s and early '80s, and Supertramp. According to the same blog post, lead singer Johnson said of his musical style, "I started out a hippie, but I've always had that pop jones -- and that's been plenty revolutionary, at least for me."