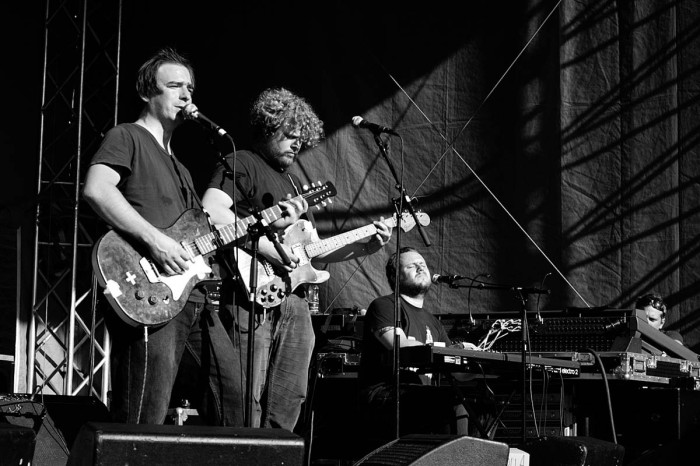 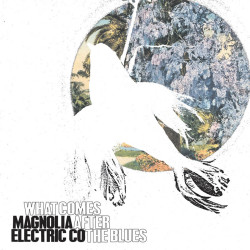 In March 2003, while on tour, Molina announced that he would rename the band Magnolia Electric Co., retaining the stylistic direction of the album of the same name. Molina also continued to release…

In March 2003, while on tour, Molina announced that he would rename the band Magnolia Electric Co., retaining the stylistic direction of the album of the same name. Molina also continued to release solo work under his own name. The first such release came in January 2004, as the full-length vinyl release Pyramid Electric Co..

Though Magnolia Electric Co. and Pyramid Electric Co. were originally intended as a double album, the latter seems to be the stylistic polar opposite of the former.

Engineered by Mike Mogis, who also engineered Ghost Tropic, Pyramid found Molina alone at the microphone with only his voice and a piano or guitar. Magnolia Electric Co.'s first official release was a live album, Trials and Errors, followed by a studio album, What Comes After The Blues, and an EP, Hard To Love a Man, all released in 2005. In 2006, Molina released two more records: the sparse solo Let Me Go, Let Me Go, Let Me Go and the more conventional Fading Trails with Magnolia Electric Co., the latter culled from three separate sessions over the previous year.

It is not entirely clear when Songs: Ohia became Magnolia Electric Co. In interviews, Molina claimed that he considered the tenure of Songs: Ohia over after Didn't It Rain, which would make Magnolia Electric Co. the eponymous debut album under the new name. The name "Songs: Ohia" appears nowhere on the artwork of the album and only a promotional sticker on the cellophane wrapping connects it with the prior name. Nevertheless, Secretly Canadian still promotes the album under the Songs: Ohia moniker. On the other hand, the Magnolia Electric Co. live album Trials and Errors was recorded on April 16, 2003, at the Ancienne Belgique club in Brussels, at a time when the band was still touring under the Songs: Ohia name. Pitchfork Media later reported that name change would be made official after the Spanish tour in October 2003.