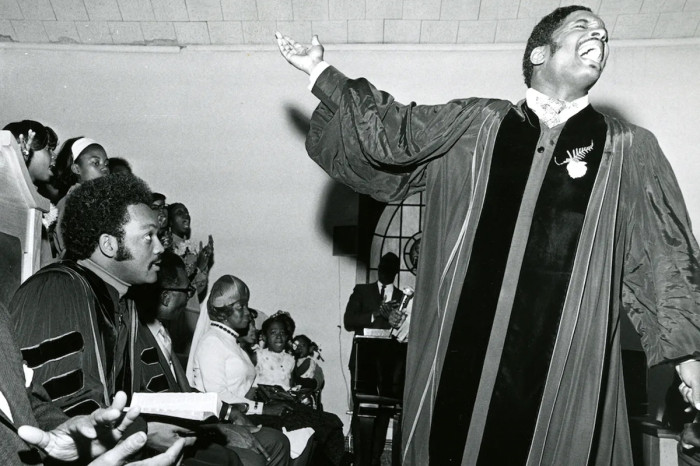 Pastor T.L. Barrett & The Youth For Christ Choir
A favorite of
Darren Farnsworth 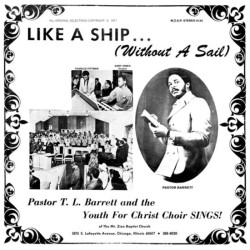 Thomas Lee Barrett, Jr. (born January 13, 1944), better known professionally as Pastor T.L. Barrett and Rev. T.L. Barrett, is an American Pentecostal preacher and gospel musician. Barrett is a preacher on Chicago's South Side who released gospel albums in the 1970s; as a musician, he was largely unknown outside of Chicago until a resurgence in interest in his music occurred in the 2010s.

In the 1970s, Barrett's congregation included many noteworthy Chicago-area musicians, such as Maurice White and Philip Bailey of Earth, Wind and Fire, Donny Hathaway, and Phil Cohran. Barrett, recording as Pastor T.L. Barrett and the Youth for Christ Choir, released the album Like a Ship (Without a Sail) in 1971. The Youth for Christ Choir, led by Barrett, was an approximately 40-member ensemble of children ages 12 to 19, which grew out of his Tuesday night weekly choir meetings. The album featured instrumental contributions from Phil Upchurch, Gene Barge, Charles Pittman, and Richard Evans (of Rotary Connection). It was reissued by Light in the Attic Records in 2010 to critical acclaim and praise from musicians such as Jim James and Colin Greenwood. Barrett also released several further albums of music over the course of the 1970s, as well as discs of sermons; he also recorded as Rev. T.L. Barrett.

In 2016, Barrett's music was used in an Under Armour commercial directed by Harmony Korine and on the soundtrack to the film Barry. and in the 2017 Almeida Theatre (London) production of Martin Crimp's "The Treatment".

In 2019, Barrett's song "Nobody Knows", from the 1971 album 'Like a Ship (Without a Sail)', was used in an AT&T commercial titled "Roll Up Your Sleeves". It was also used in a trailer to Corpus Christi.

Also in 2019, English musician Richard Ashcroft covered live the song 'Like a Ship (Without a Sail)' and released it as a streaming single (labeled as 'Just Like A Ship'). The song was covered during a live session at the Chris Evans Breakfast Show.

The following year, Barrett's recording of 'Like a Ship (Without a Sail)' was featured in the Netflix documentary, Crip Camp.

In 2020, Barrett’s song “Like a Ship” was sampled by electronic music Duo The Knocks in their song “All About You” featuring Foster The People.

The song "Nobody Knows", from the 1971 album 'Like a Ship (Without a Sail)', has been sampled numerous times, including on rapper Copywrite's song "Trouble" from the album "Choose your own adventure: Murderland" and DJ Khaled's album Grateful.