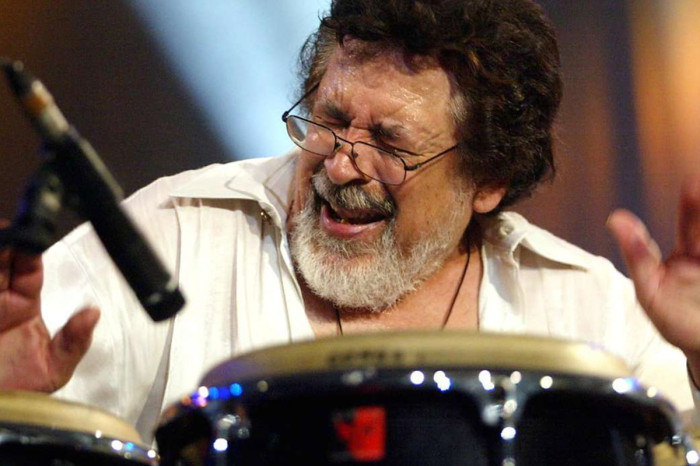 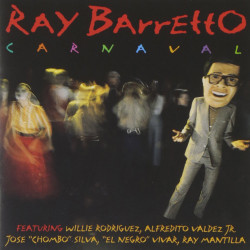 Ray Barretto (April 29, 1929 – February 17, 2006) was an American percussionist and bandleader of Puerto Rican ancestry. Throughout his career as a percussionist, he played a wide variety of Latin music…

Ray Barretto (April 29, 1929 – February 17, 2006) was an American percussionist and bandleader of Puerto Rican ancestry. Throughout his career as a percussionist, he played a wide variety of Latin music styles, as well as Latin jazz. His first hit, "El Watusi", was recorded by his Charanga Moderna in 1962, becoming the most successful pachanga song in the United States. In the late 1960s, Barretto became one of the leading exponents of boogaloo and what would later be known as salsa. Nonetheless, many of Barretto's recordings would remain rooted in more traditional genres such as son cubano. A master of the descarga (improvised jam session), Barretto was a long-time member of the Fania All-Stars. His success continued into the 1970s with songs such as "Cocinando" and "Indestructible." His last album for Fania Records, Soy dichoso, was released in 1990. He then formed the New World Spirit jazz ensemble and continued to tour and record until his death in 2006.

Barretto (his real name, "Barreto", was misspelled on his birth certificate) was born on April 29, 1929, in New York City. His parents moved to New York from Puerto Rico in the early 1920s, looking for a better life. His father left their family when Barretto was four, and his mother Delores moved the family to the Bronx, and from a young age he was influenced by his mother's love of music and by the jazz of Duke Ellington and Count Basie.

In 1946, when Barretto was 17 years old, he joined the Army. While stationed in Germany, he met Belgian vibraphonist Fats Sadi. However, it was when he heard Dizzy Gillespie's "Manteca" with Gil Fuller and Chano Pozo that he realized his calling.

Beginnings as a sideman

In 1949, when Barretto returned home from military service, he started to visit clubs and participated in jam sessions, where he perfected his conga playing. On one occasion Charlie Parker heard Barretto play and invited him to play in his band. Later, he was asked to play for José Curbelo and Tito Puente, for whom he played for four years. It was in 1958, while playing for Puente, that Barretto received his first recoding credit. Barretto developed a unique style of playing the conga and soon he was sought by other jazz band leaders. Latin percussionists started to appear in jazz groups with frequency as a consequence of Barretto's musical influence.

Charanga Moderna and rise to fame

In 1960, Barretto was a house musician for the Prestige, Blue Note, and Riverside labels. He also recorded on Columbia Records with Jazz flautist Herbie Mann. New York had become the center of Latin music in the United States and a musical genre called pachanga was the Latin music craze of the early 1960s. In 1962, Barretto formed his first group, Charanga La Moderna, and recorded his first hit, "El Watusi" for Tico Records. He was quite successful with the song and the genre, to the point of being typecast (something that he disliked).

In 1965, Barretto signed with the Latin division of United Artists, UA Latino, and began recording a series of albums in the boogaloo genre, which merges rhythm and blues with Latin music. On his album El Ray Criollo, Barretto explored the modern Latin sounds of New York, combining features of charanga and conjunto to birth a new style which would later be known as salsa. After recording four albums for the United Artists label, Barretto joined the Fania record label in 1967, and his first recording for the new label was the 1968 album Acid, which is often cited as one of the most enduring boogaloo albums, with songs such as "A Deeper Shade of Soul" and the title track was included in the soundtrack of the video game Grand Theft Auto: Vice City Stories on the fictitious Latin music radio station "Radio Espantoso". During this period, Adalberto Santiago was the band's lead vocalist.