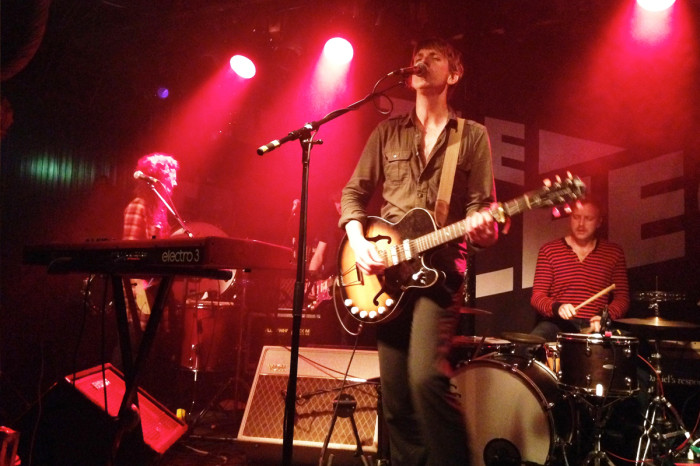 Shearwater
A favorite of
Darren Farnsworth 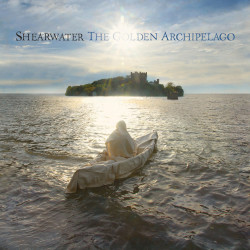 Shearwater is an American indie rock band from Austin, Texas, led by multi-instrumentalist and lead singer Jonathan Meiburg, a singer-songwriter. The band's music is notable for its imagery based in…

Shearwater is an American indie rock band from Austin, Texas, led by multi-instrumentalist and lead singer Jonathan Meiburg, a singer-songwriter. The band's music is notable for its imagery based in nature, cerebral yet intimate melodic songs, as well as Meiburg's vocals.

Early years
In 1999, Okkervil River band members Jonathan Meiburg and Will Sheff founded Shearwater as an outlet for quieter songs on which they were collaborating. The band's name comes from the shearwater, a tribe of seabirds related to petrels and albatrosses. Meiburg, who holds a master's degree in geography with a focus on ornithology, picked the name mostly for the sound of the word.

Shearwater's debut, The Dissolving Room, introduced Kim Burke on upright bass; shortly after, drummer and vibraphonist Thor Harris joined the band. The addition of multi-instrumentalist Howard Draper plus tours and support dates with The Mountain Goats, Akron/Family and Blonde Redhead brought them exposure. Shearwater continued to produce music under this lineup in Everybody Makes Mistakes (2002) and Winged Life (2004), as well as the Thieves EP (2005).

In May 2006, Shearwater released Palo Santo, their fourth full-length album and last to be released on Misra Records, to much acclaim from critics and fans. The song "Red Sea, Black Sea," was featured as an NPR Song of the Day. NPR's Stephen Thompson subsequently named Palo Santo as the best album of 2006. Although Sheff appeared as an instrumentalist for the recording of Palo Santo, the album's songs were composed and sung entirely by Meiburg, as the band felt that the songs that Meiburg had written were best suited for the project. Sheff then left the band to concentrate on other projects.

Matador Records
Midway through the tour for Palo Santo, the band was notified by Misra Records that they would be unable to continue to distribute Shearwater's music. Meiburg personally emailed the owner of Matador Records, Gerard Cosloy, who subsequently signed Shearwater to a multi-album deal. On April 10, 2007, Shearwater released a two-disc edition of Palo Santo which featured five re-recorded tracks, remastered versions of the other six tracks, as well as a bonus disc of outtakes from the original sessions. Meiburg had felt that the original Palo Santo suffered from "murkiness", and could be improved upon in the studio.

Matador Records released the album Rook on June 3, 2008. On the tour that followed, Shearwater opened for Clinic and later Coldplay. Additional touring accompanists were added at that time: Jordan Geiger of Hospital Ships and Minus Story (on cornet, synthesizer, and percussion) and Kevin Schneider of Black Before Red (on keyboard, bass, and guitar) replaced Howard Draper.

On February 23, 2010, Shearwater released their sixth album, The Golden Archipelago, which the band produced with John Congleton. The band toured extensively behind the record in 2010, with an international tours in the spring (with Wye Oak and Hospital Ships opening) and additional U.S. dates in the fall (with special guest Damien Jurado). The Golden Archipelago concluded the band's Island Arc trilogy, a project also encompassing Palo Santo and Rook.

On November 6, 2010, the band released an instrumental album, Shearwater is Enron, via Bandcamp. The album was recorded in the spring of 2010 and includes live material recorded at a performance under the pseudonym "Enron." It introduces some textures not traditionally associated with the band, such as electronic drum tracks and squalling guitar rock. Members of Wye Oak and Hospital Ships assist on the live tracks.

Sub Pop Records
In February 2012, a new full-length album called Animal Joy was released. It was Shearwater's first record with Sub Pop Records. The record signaled a new chapter for the band after the conclusion of the Island trilogy, as the album included more rock elements. Following the release of the album, the band opened for the North American tour of Sharon Van Etten.

In 2013, Fellow Travelers was released on Sub Pop, a Shearwater album consisting entirely of cover songs by bands that Shearwater had toured with. Each band that was covered on the album was also invited to play on the album, under the condition that they could not play on their own song.