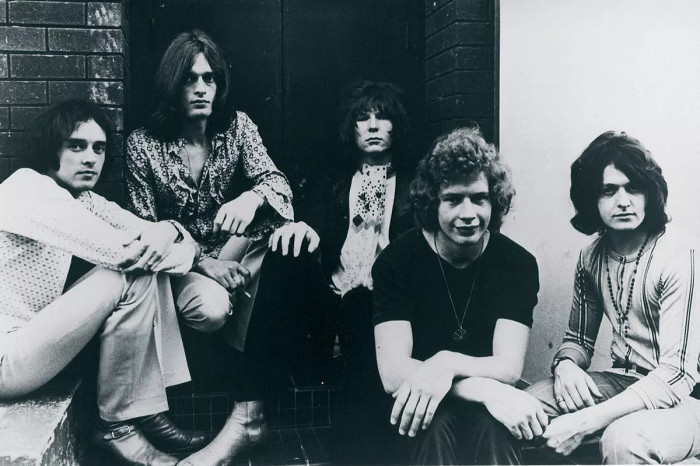 Yes
A favorite of
Darren Farnsworth

Yes began in 1968, performing original songs and rearranged covers of rock, pop, blues and jazz songs, as evident on their first two albums. A change of direction in 1970 led to a series of successful progressive rock albums until their disbanding in 1981, their most successful being The Yes Album (1971), Fragile (1971) and Close to the Edge (1972). Yes toured as a major rock act that earned the band a reputation for their elaborate stage sets, light displays, and album covers designed by Roger Dean. The success of "Roundabout", the single from Fragile, cemented their popularity across the decade and beyond.

In 1983, Yes reformed with a new line-up that included Trevor Rabin and a more commercial and pop-oriented musical direction. The result was 90125 (1983), their highest-selling album, which contained the U.S. number-one single, "Owner of a Lonely Heart". From 1990 to 1992, Yes were an eight-member formation after they merged with Anderson Bruford Wakeman Howe for Union (1991) and its tour. Since 1994, Yes have released albums with varied levels of success and completed tours from 1994 to 2004. After a four-year hiatus, they resumed touring in 2009 and continue to release albums; their most recent is Heaven & Earth (2014). In 2016, a new group of former Yes members began touring and named themselves Yes Featuring Jon Anderson, Trevor Rabin, Rick Wakeman.

Yes are one of the most successful, influential, and longest-lasting progressive rock bands. They have sold 13.5 million RIAA-certified albums in the US. In 1985, they won a Grammy Award for Best Rock Instrumental Performance with "Cinema", and received five Grammy nominations between 1985 and 1992. They were ranked No. 94 on VH1's 100 Greatest Artists of Hard Rock. Yes have headlined annual progressive rock-themed cruises since 2013 named Cruise to the Edge. Their discography spans 21 studio albums. In April 2017, Yes were inducted into the Rock and Roll Hall of Fame, which chose specifically to bestow the honour upon current and former members Anderson, Squire, Bruford, Kaye, Howe, Rick Wakeman, White and Rabin.