'The Ratcatcher'
by Antibalas 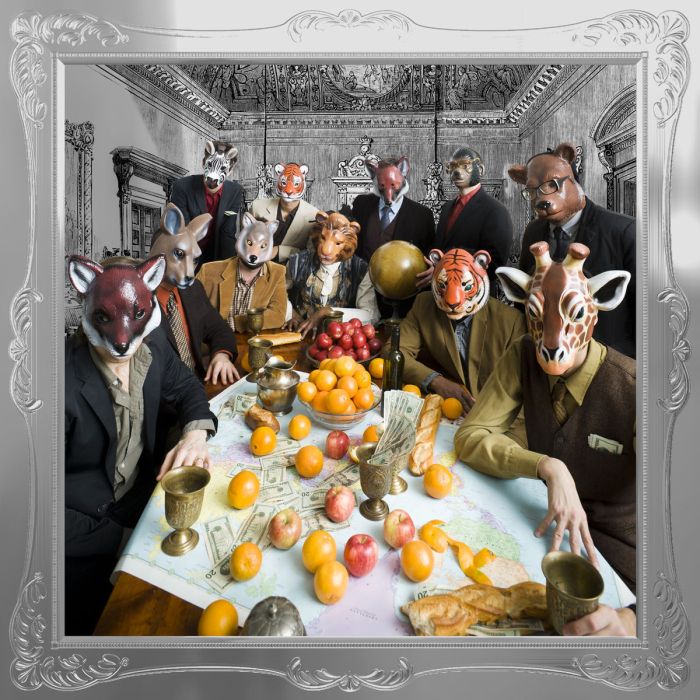 Antibalas (Spanish for "bulletproof") is an American, Brooklyn-based afrobeat band that is modeled after Fela Kuti's Africa 70 band and Eddie Palmieri's Harlem River Drive Orchestra. Although their…

Antibalas (Spanish for "bulletproof") is an American, Brooklyn-based afrobeat band that is modeled after Fela Kuti's Africa 70 band and Eddie Palmieri's Harlem River Drive Orchestra. Although their music generally follows the musical architecture and language of afrobeat, it incorporates elements of jazz, funk, dub, improvised music, and traditional drumming from Cuba and West Africa.

History
Founded in 1998 by Martín Perna as "Conjunto Antibalas", the group first performed on May 26, 1998, at St. Nicks Pub in Harlem at a poetry night organized by renowned visual artist Xaviera Simmons. Over the course of the next few months, the group solidified with a core of eleven band members and expanded their repertoire of original songs. For the first year of the group's existence, they performed exclusively at non-commercial venues such as block parties, lofts, and public parks, before securing a Friday night residency at the now-defunct NoMoore in August 1999. Called Africalia!, the residency lasted from August 1999 till April 2001, when the club was shut down by fire officials during the Giuliani administration's crackdown on nightclubs and cabarets. Guitarist and producer/engineer Gabriel Roth wrote several of the earlier tunes and oversaw recording and production of the first three records.

Over the next few years, the band's presence grew; by summer 2000 Antibalas had released their first album Liberation Afrobeat Vol. 1 and had toured twice in England, while continuing to play at venues throughout New York City. Recording with the group in the early days was Cameroonian drummer Jojo Kuo, who can be heard on the studio recordings of "Uprising" and "Machete".

By early 2002, the horn-driven outfit had released their second album, Talkatif, and continued to tour throughout the United States and Europe. In summer 2004, their third studio album, Who is This America?, was released on Ropeadope Records. Antibalas's album, Security, was produced by John McEntire and released on the ANTI- label in 2007.

Antibalas has performed in 35 countries, from Japan to Turkey to Portugal to Australia, and throughout New York City, from Carnegie Hall to Central Park Summerstage to the Rikers Island prison facility.

In the summer of 2008, Antibalas was featured off-Broadway in Fela!, a musical celebrating the life of Fela Kuti. The group arranged and performed the show's score of music originally performed by Kuti. In the fall of 2009, Fela! opened on Broadway at the Eugene O'Neill Theatre, once again with Antibalas.

In 2010, the band released their Rat Race EP, with an arrangement of Bob Marley's "Rat Race" featuring Amayo on vocals, as well as "Se Chifló" featuring Chico Mann as vocalist.

In 2011, the band reunited with producer and former Antibalas guitarist Gabriel Roth at Daptone Studios in Bushwick, Brooklyn, to record their fifth full-length album, entitled Antibalas. The album was released on August 7, 2012, on the Daptone label.

The band resumed a heavy touring schedule beginning in April 2012 with their debut tour in Brazil, performing in São Paulo and Recife, and kicked off a US tour at the Outsidelands Festival in San Francisco, followed by a tour of California. On August 24, 2012, Antibalas made their national television debut, performing their single "Dirty Money" on NBC's Late Night with Jimmy Fallon. On September 11, they resumed their US/Canada tour with 30 dates in the Midwest, East Coast, Southeast and Gulf Coast, including the Austin City Limits Festival. On October 4, they appeared on NPR's Tiny Desk Concerts. The band toured in Europe in October and November 2012, followed by an Australian tour in March 2013 . In May of the same year Antibalas visited Mexico for first time, performing in Puebla "Festival 5 de Mayo" with originals members like Victor Axelrod.

In 2015, The Antibalas horn section collaborated with The Dap-Kings horn section, Mark Ronson, and Bruno Mars to record Uptown Funk and other tracks off of Mark Ronson's 2015 album Uptown Special. They also performed Uptown Funk together on Saturday Night Live in November 2014. 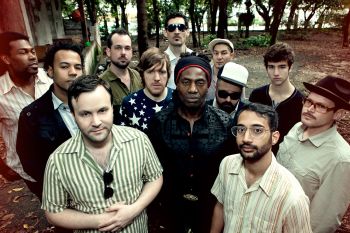 Are you enjoying “The Ratcatcher” by Antibalas?