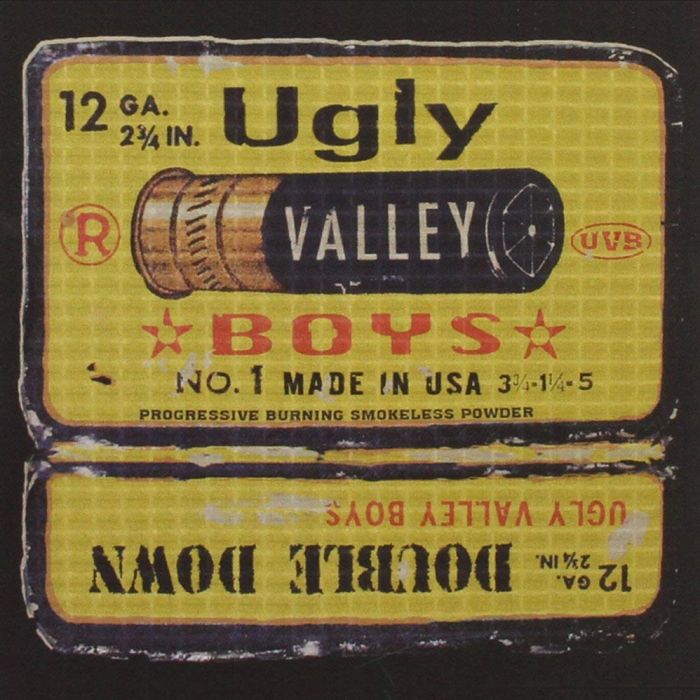 I first met upright bassist Braxton Brandenburg from the two-piece Ugly Valley Boys when he was touring with JB Beverley through Texas in December, and then saw him again with JB at The Muddy Roots…

I first met upright bassist Braxton Brandenburg from the two-piece Ugly Valley Boys when he was touring with JB Beverley through Texas in December, and then saw him again with JB at The Muddy Roots Festival, when he handed me this CD from his “other band.” Yeah, everyone is in a band these days, and most have “other bands” as well, and they all have well-intentioned, but not always good CD’s to peddle. Braxton seemed like a great guy, but when I looked at this album, with yet another standup bass, yet another guitar player who sits down at a bass drum in a band that has “Valley” and “Boys” in the name I thought, “Yep, I’ve heard this before.”

And then when the album started off with a track about running moonshine, the pigeon-holing was just about complete. That’s when the song “Raven” hit my ears, and the genius behind the Ugly Valley Boys revealed itself, separating them far from the herd.

From Salt Lake City, The Ugly Valley Boys evoke the lonesome sound of the desert, the classic soul of country, and the open space of the West in original songs that are wickedly engaging and smartly crafted. So many bands try to imbibe their music with a vintage feel and Western space by using copious amounts of chorus or reverb, or blowing wads of cash on vintage gear. Ugly Valley’s guitar player, singer, and songwriter Ryan Eastlyn takes the road less traveled with the use of moaning, melodic chorus lines that are so excellent, they vault this band from a relative unknown to one responsible for one of the better albums put out so far in 2011.

The melodic chorus-driven songs with punk undertones are counterbalanced by dark and gritty deep roots songs that could be considered just as much blues as country. As impressed as I am by Eateryn’s ear in crafting the vocals in these songs, without any message or meaning behind the lyrics, the experience would be shallow. The Ugly Valley Boys pull you in with Braxton’s engaging rhythm and Ryan’s voice, but what keeps you engaged is the soul embedded in the songwriting.

I could break down each song on this album, but I don’t see the point. There’s not a bad song here. At the moment, the track that most impresses me is “Alota Guns”, but this album shows all the earmarks of one whose best track changes by week, until every song has filled that slot and after a couple of months you look down and this CD is still stuck in the player.

The instrumentation is great as well, from Ryan and Braxton, and also from Mike Sasich and Brad Wheeler who they brought in to play some tasteful lead lines on various tracks. If I had a suggestion for the Ugly Valley Boys, it would be that there could be more breadth to the music. The stripped down approach is appreciated, but this music is just too good to be devoid of maybe another layer or two of instrumentation, at least in the recorded setting. The lead instruments in Double Down, though great, seem to be add-ons at times instead of intermixed with the rest of the music.

But the thing about great songwriting is that it trumps all. Any concerns about instrumentation or lineups or names of bands are all put to rest simply by songs that speak to the heart in universal themes, and that is exactly what The Ugly Valley Boys do. I was going to give this album 1 3/4 of the maximum 2 guns that I have the authority to afford an album, because I do think Double Down leaves some room for improvement, but in the end this album is just too good, has too many good individual songs to call it anything but great.