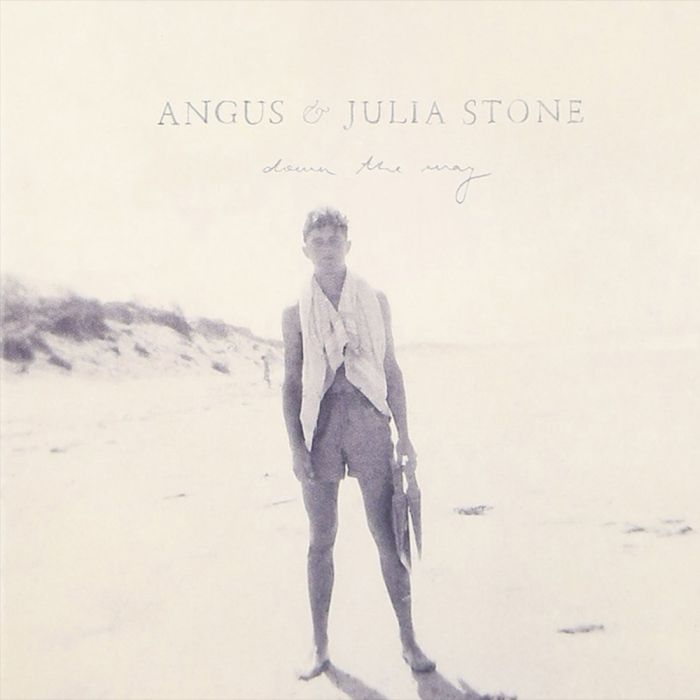 Angus and Julia Stone were born in Sydney to Kim and John Stone in 1986 and 1984, respectively. Kim was a marine biologist, singer and high school teacher. She then spent 20 years in institutional funds management. She now goes by the name Kim Jones and serves as a non-executive board director. John Stone was a builder and high school teacher, as well as a musician in his own right. Kim and John were a folk duo before Angus and Julia's older sister, Catherine, was born in October, 1982. Catherine, Julia and Angus grew up in the suburb of Newport on Sydney's Northern Beaches. They attended Newport Primary School and then Barrenjoey High School. They were all taught by their father with their mother singing to them, which helped them develop their musicality. At family gatherings, when the Stones performed, Catherine was on saxophone, Julia on trumpet and Angus on trombone; with Kim singing and John on keyboards or guitar.

During their teen years, their parents separated amicably. The children spent equal time with their mother and father, as both parents lived in the same suburb. During this time, Angus started writing pop songs. After finishing school, Angus worked as a labourer while Julia taught trumpet. Angus learned guitar and while recuperating from a snowboarding accident, Kim and Angus travelled to South America to join Julia and then go on to meet Catherine who was travelling in Italy.