'Winter Rose'
by The Bees 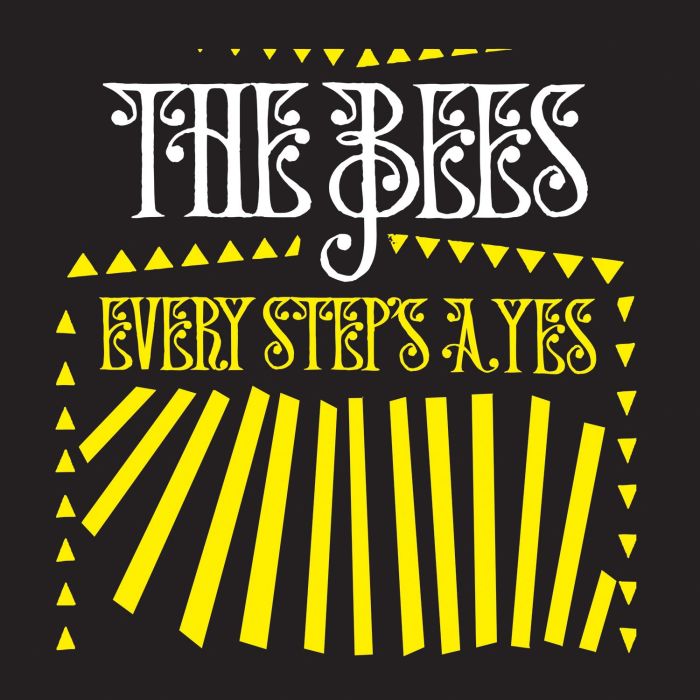 The Bees (known in the United States as A Band of Bees) are an English band from Ventnor on the Isle of Wight. Although their sound is generally classified as indie rock or psychedelic rock, the band…

The Bees (known in the United States as A Band of Bees) are an English band from Ventnor on the Isle of Wight. Although their sound is generally classified as indie rock or psychedelic rock, the band have a colourful range of styles and influences, such as 1960s garage rock, country, reggae and jazz.

The Bees have released four albums: 2002's Mercury Prize-nominated Sunshine Hit Me, its 2004 major label follow-up Free the Bees (which was recorded at Abbey Road Studios), and 2007's Octopus. Their fourth album, Every Step's A Yes, was released on 11 October 2010.

The first two albums featured songs that have been used in British television advertisements, which are partially responsible for the band's recognition: Sunshine Hit Me's "A Minha Menina", a cover of an Os Mutantes track, appeared in a Citroën car commercial and also an advert for Magners Irish Cider, whilst "Chicken Payback" and "Wash in the Rain", both from Free the Bees, were incorporated in adverts for Sure Deodorant for Men and Sainsbury's,respectively. The song was also used to introduce the Northern comic character Stan Hibbert on Sky's Soccer AM. "Chicken Payback" is also used as the 'bed' track for The Radcliffe and Maconie programme on BBC Radio 6 Music. The official video for "Chicken Payback" featured the band in an arcade-type dance game machine in a Japanese video arcade. The lead character, apparently a rock and roll dance diva, dances so quickly that his shoes catch fire. The song was used in a 60-second flagship advert produced by Karmarama commissioned by Age UK to launch the charity's 2011 "Thank You" campaign. It was performed by 81-year-old Joy Graham accompanied by a jazz orchestra and was directed by BAFTA winning director Becky Martin of Channel 4 sitcom Peep Show.

The Bees supported Oasis in 2005, and Madness in December 2007 during their Christmas tour, and supported Paul Weller in the UK on selected dates of his "Winter Arena Tour". In 2010, The Bees performed a set for The Sun, covering "We Speak No Americano" and playing songs from their album, Every Step's A Yes. Paul Butler appeared on stage at the Glastonbury Festival in 2010 with Devendra Banhart, after performing two sets of their own.

In 2011, The Bees supported Fleet Foxes on their UK tour.

One of the influences the Bees have cited is the mind-altering drink called ayahuasca. Butler came to drink this plant medicine with shamans in Peru after being introduced to it by Banhart. "The whole thing has brought a lot of joy into my life. I think this kind of cleansing helps with your natural rhythm. Everyone has a song within them or a rhythm that is individual and personal only to you … and this kind of activity unlocks that."

In 2018, Fletcher and Parkin announced that they had formed a new group, 77:78, and that their debut album Jellies was set to be released through Heavenly Recordings on 5 July.