'Ninety-nine and One-half (Won't Do)'
by Wilson Pickett 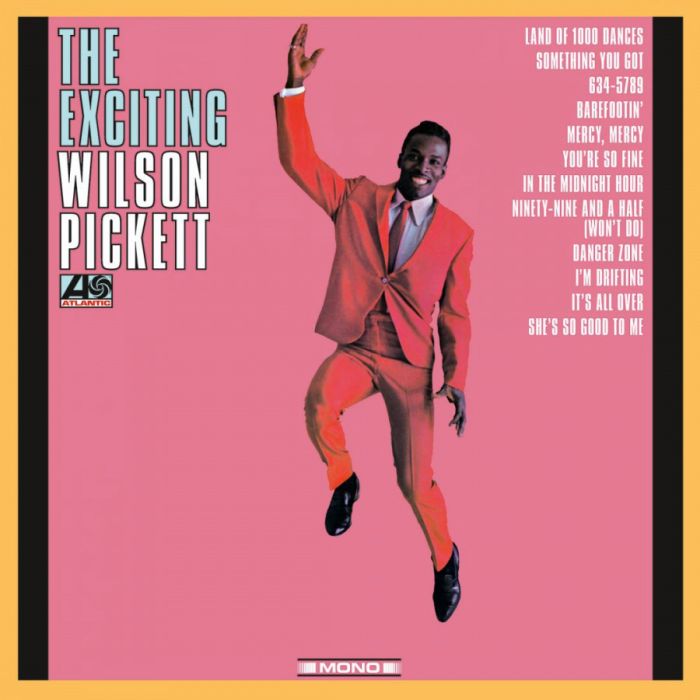 'Ninety-nine and One-half (Won't Do)'

A major figure in the development of American soul music, Pickett recorded over 50 songs which made…

A major figure in the development of American soul music, Pickett recorded over 50 songs which made the US R&B charts, many of which crossed over to the Billboard Hot 100. Among his best-known hits are "In the Midnight Hour" (which he co-wrote), "Land of 1,000 Dances", "Mustang Sally", and "Funky Broadway".

Pickett was inducted into the Rock and Roll Hall of Fame in 1991, in recognition of his impact on songwriting and recording.

Pickett's forceful, passionate style of singing was developed in the church and on the streets of Detroit, under the influence of recording stars such as Little Richard, whom he referred to as "the architect of rock and roll."

In 1955, Pickett joined the Violinaires, a gospel group. The Violinaires played with another gospel group on concert tour in America. After singing for four years in the popular gospel-harmony group, Pickett, lured by the success of gospel singers who had moved to the lucrative secular music market, joined the Falcons in 1959.

By 1959, Pickett recorded the song "Let Me Be Your Boy" with the Primettes as background singers. The song is the B-side of his 1963 single "My Heart Belongs to You".

The Falcons were an early vocal group bringing gospel into a popular context, thus paving the way for soul music. The group featured notable members who became major solo artists; when Pickett joined the group, Eddie Floyd and Sir Mack Rice were members. Pickett's biggest success with the Falcons was "I Found a Love", co-written by Pickett and featuring his lead vocals. While only a minor hit for the Falcons, it paved the way for Pickett to embark on a solo career. Pickett later had a solo hit with a re-recorded two-part version of the song, included on his 1967 album The Sound of Wilson Pickett.

Soon after recording "I Found a Love", Pickett cut his first solo recordings, including "I'm Gonna Cry", in collaboration with Don Covay. Pickett also recorded a demo for a song he co-wrote, "If You Need Me", a slow-burning soul ballad featuring a spoken sermon. Pickett sent the demo to Jerry Wexler, a producer at Atlantic Records. Wexler gave it to the label's recording artist Solomon Burke, Atlantic's biggest star at the time. Burke admired Pickett's performance of the song, but his own recording of "If You Need Me" became one of his biggest hits (#2 R&B, No. 37 pop) and is considered a soul standard. Pickett was crushed when he discovered that Atlantic had given away his song. When Pickett—with a demo tape under his arm—returned to Wexler's studio, Wexler asked whether he was angry about this loss, but denied it saying "It's over". Pickett's version was released on Double L Records and was a moderate hit, peaking at No. 30 R&B and No. 64 pop.

Pickett's first significant success as a solo artist came with "It's Too Late," an original composition (not to be confused with the Chuck Willis standard of the same name). Entering the charts on July 27, 1963, it peaked at No. 7 on the R&B chart (#49 pop); the same title was used for Pickett's debut album, released in the same year. Compiling several of Pickett's single releases for Double L, It's Too Late showcased a raw soulful sound that foreshadowed the singer's performances throughout the coming decade. The single's success persuaded Wexler and Atlantic to buy Pickett's recording contract from Double L in 1964.