'Look The Other Way'
by Justin Townes Earle 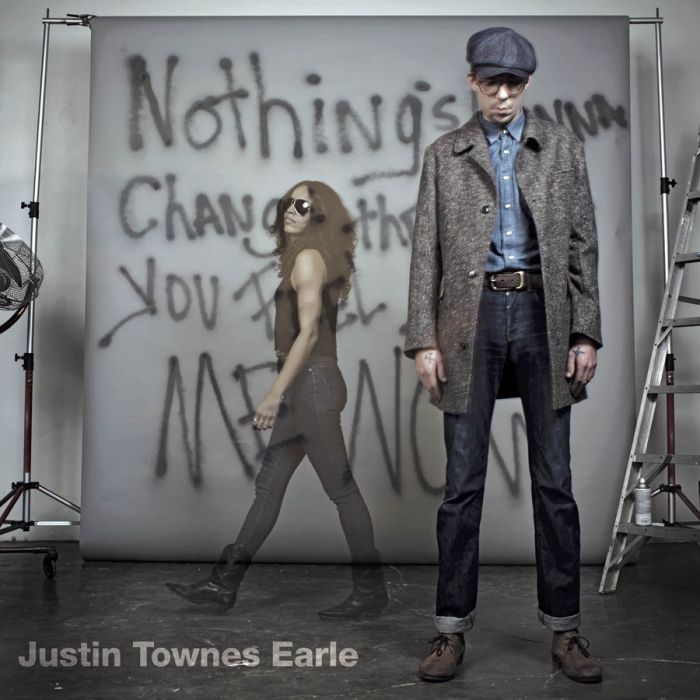 'Look The Other Way'

Justin Townes Earle (born January 4, 1982) is an American singer-songwriter and musician. He is a son of alternative country artist Steve Earle and is named after Townes Van Zandt.

Justin Townes Earle (born January 4, 1982) is an American singer-songwriter and musician. He is a son of alternative country artist Steve Earle and is named after Townes Van Zandt.

Early life
Earle grew up in South Nashville, Tennessee, with his mother, Carol Ann Hunter Earle. His father, Steve Earle, gave him his middle name in honor of his own mentor, singer and songwriter Townes van Zandt. At the age of two he was left by his father with his mother, but returned to live with his father after Steve got clean in 1994. He dropped out of school, occasionally touring with and working for his father, eventually moving to eastern Tennessee with other songwriters. Like his father, Earle battled addiction beginning in his early teens.

Career
Earle played in two Nashville bands: the Distributors, a rock band, and a ragtime and bluegrass combo the Swindlers. Earle spent some time as guitarist and keyboardist for his father's touring band the Dukes.

Earle developed a hybrid style of music mixing folk, blues and country. In 2007, he released a six-song EP called Yuma. He then signed a contract with Chicago's Bloodshot Records and he released an album called The Good Life in 2008.

In 2009 Earle co-billed The Big Surprise Tour with Gillian Welch and David Rawlings, Old Crow Medicine Show and The Felice Brothers and released the album Midnight at the Movies. In September 2009, Earle received an Americana Music Award for New and Emerging Artist of the Year.

In 2010 he released the album Harlem River Blues, followed by the album Nothing's Gonna Change the Way You Feel About Me Now in 2012. He also appeared in an episode of the HBO television series Treme with his father.

In 2011 Earle received the Americana Music Award in the Song of the Year category for "Harlem River Blues". His album of the same name has been described as having a "gently flowing, urban Americana sound, with horns, organ and tangy electric guitar". That year he also contributed a cover of Maybe Baby on the 2011 tribute album Rave on Buddy Holly. and played Newport Folk Festival and the Hardly Strictly Bluegrass Festival.

Nothing's Gonna Change the Way You Feel About Me Now was listed at album number 37 on Rolling Stone's list of the top 50 albums of 2012, with the annotation as follows: "The son of country-rock renegade Steve Earle has grown into a songwriter to rival his dad."

In 2018, Earle opened up for California rock band Social Distortion.