'Stormy'
by The Meters 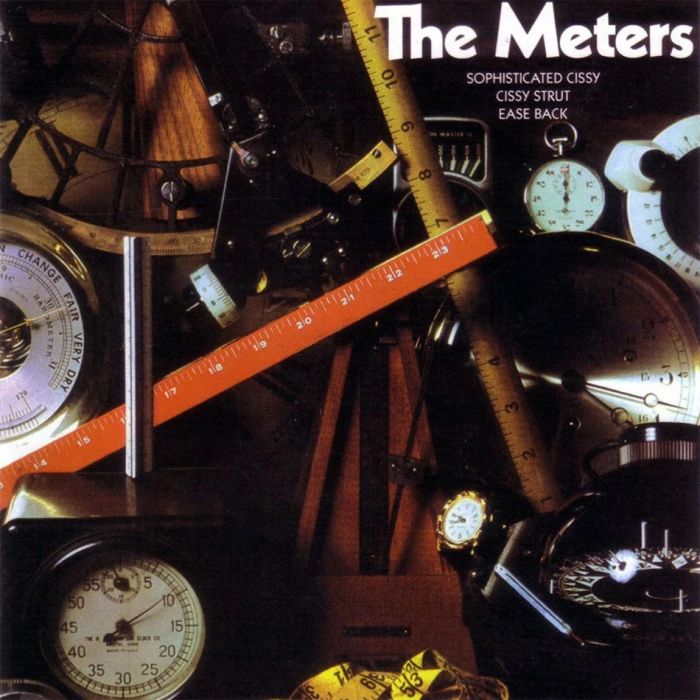 The Meters are an American funk band formed in 1965 in New Orleans by Zigaboo Modeliste (drums), George Porter Jr. (bass), Leo Nocentelli (guitar) and Art Neville (keyboards). The band performed and recorded their own music from the late 1960s until 1977 and played an influential role as backing musicians for other artists, including Lee Dorsey, Robert Palmer, Dr. John, and Allen Toussaint. Their original songs "Cissy Strut" and "Look-Ka Py Py" are considered funk classics.

While they rarely enjoyed significant mainstream success, they are considered originators of funk along with artists like James Brown, and their work is influential on many other bands, both their contemporaries and modern musicians. Their sound is defined by a combination of tight melodic grooves and syncopated New Orleans "second line" rhythms under highly charged guitar and keyboard riffing. The band has been nominated four times for induction into the Rock and Roll Hall of Fame, most recently in 2017. In 2018 the band was presented the Grammy Lifetime Achievement Award.

1960s–1970s
Art Neville, the group's frontman, launched a solo career around the New Orleans area in the mid-1950s while still in high school. The Meters formed in 1965 with a line-up of keyboardist and vocalist Art Neville, guitarist Leo Nocentelli, bassist George Porter Jr. and drummer Joseph "Zigaboo" Modeliste. They were later joined by percussionist-vocalist Cyril Neville. The Meters became the house band for Allen Toussaint and his record label, Sansu Enterprises.

In 1969 the Meters released "Sophisticated Cissy" and "Cissy Strut", both major R&B chart hits. "Look-Ka Py Py" and "Chicken Strut" were their hits the following year. After a label shift in 1972, the Meters had difficulty returning to the charts, but they worked with Dr. John, Paul McCartney, King Biscuit Boy, Labelle, Robert Palmer and others.

In 1975 Paul McCartney invited the Meters to play at the release party for his Venus and Mars album aboard the Queen Mary in Long Beach, California. Mick Jagger of The Rolling Stones was in attendance at the event and was greatly taken with the Meters and their sound. The Rolling Stones invited the band to open for them on their Tour of the Americas '75 and Tour of Europe '76. That same year, the Meters recorded one of their most successful albums, Fire on the Bayou. From 1976 to 77 they played in The Wild Tchoupitoulas with George and Amos Landry and The Neville Brothers.

Art and Cyril Neville left the band in early 1977, but The Meters still appeared on Saturday Night Live on March 19, 1977, during the show's second season. After the Nevilles' departure, David Batiste Sr. took over on keyboards while Willie West joined as the band's lead singer. Porter left the group later that year and by 1980 The Meters had officially broken up.

After the break-up, Neville continued his career as part of The Neville Brothers, Modeliste toured with Keith Richards and Ron Wood, while Nocentelli and Porter "became in-demand session players and formed new bands.