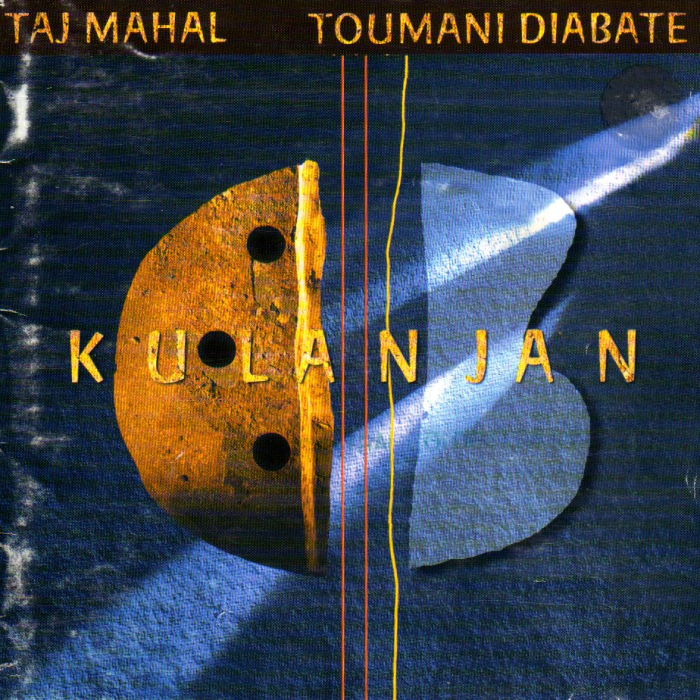 Henry St. Claire Fredericks Jr. (born May 17, 1942), better known by his stage name Taj Mahal, is an American blues musician, singer-songwriter, multi-instrumentalist, actor, and film composer. He plays the guitar, piano, banjo, harmonica, and many other instruments, often incorporating elements of world music into his work. Mahal has done much to reshape the definition and scope of blues music over the course of his more than 50-year career by fusing it with nontraditional forms, including sounds from the Caribbean, Africa, India, Hawaii, and the South Pacific.

Mahal moved to Santa Monica, California, in 1964 and formed Rising Sons with fellow blues rock musicians Ry Cooder and Jessie Lee Kincaid, landing a record deal with Columbia Records soon after. Jesse Ed Davis, a Kiowa native from Oklahoma, joined Taj Mahal and played guitar and piano on Mahal's first four albums. The group was one of the first interracial bands of the period, which may have hampered their commercial viability. However, Rising Sons bassist Gary Marker later recalled the band's members had come to a creative impasse and were unable to reconcile their musical and personal differences even with the guidance of veteran producer Terry Melcher. They recorded enough songs for a full-length album, but only released a single and the band soon broke up. Legacy Records did release The Rising Sons Featuring Taj Mahal and Ry Cooder in 1992 with material from that period. During this time Mahal was also working with other musicians like Howlin' Wolf, Buddy Guy, Lightnin' Hopkins, and Muddy Waters.

Mahal stayed with Columbia for his solo career, releasing the self-titled Taj Mahal and The Natch'l Blues in 1968. His track "Statesboro Blues" was featured on side 2 of the very successful Columbia/CBS sampler album, The Rock Machine Turns You On, giving a huge early impetus to his career. Giant Step/De Old Folks at Home with session musician Jesse Ed Davis followed in 1969. During this time he and Cooder worked with the Rolling Stones, with whom he has performed at various times throughout his career. In 1968, he performed in the film The Rolling Stones Rock and Roll Circus. He recorded a total of twelve albums for Columbia from the late 1960s into the 1970s. His work of the 1970s was especially important, in that his releases began incorporating West Indian and Caribbean music, jazz and reggae into the mix. In 1972, he acted in and wrote the film score for the movie Sounder, which starred Cicely Tyson. He reprised his role and returned as composer in the sequel, Part 2, Sounder.

In 1976 Mahal left Columbia and signed with Warner Bros. Records, recording three albums for them. One of these was another film score for 1977's Brothers; the album shares the same name. After his time with Warner Bros., he struggled to find another record contract, this being the era of heavy metal and disco music.

Stalled in his career, he decided to move to Kauai, Hawaii in 1981 and soon formed the Hula Blues Band. Originally just a group of guys getting together for fishing and a good time, the band soon began performing regularly and touring. He maintained a low public profile in Hawaii throughout most of the 1980s before recording Taj in 1988 for Gramavision. This started a comeback of sorts for him, recording both for Gramavision and Hannibal Records during this time.

In the 1990s Mahal became deeply involved in supporting the nonprofit Music Maker Relief Foundation. As of 2019, he was still on the Foundation's advisory board.

In the 1990s he was on the Private Music label, releasing albums full of blues, pop, R&B and rock. He did collaborative works both with Eric Clapton and Etta James.

In 1998, in collaboration with renowned songwriter David Forman, producer Rick Chertoff and musicians Cyndi Lauper, Willie Nile, Joan Osborne, Rob Hyman, Garth Hudson and Levon Helm of the Band, and the Chieftains, he performed on the Americana album Largo based on the music of Antonín Dvořák.

In 1997 he won Best Contemporary Blues Album for Señor Blues at the Grammy Awards, followed by another Grammy for Shoutin' in Key in 2000. He performed the theme song to the children's television show Peep and the Big Wide World, which began broadcast in 2004.

In 2002, Mahal appeared on the Red Hot Organization's compilation album Red Hot and Riot in tribute to Nigerian afrobeat musician Fela Kuti. The Paul Heck produced album was widely acclaimed, and all proceeds from the record were donated to AIDS charities.

Mahal partnered up with Keb' Mo' to release a joint album TajMo on May 5, 2017. The album has some guest appearances by Bonnie Raitt, Joe Walsh, Sheila E., and Lizz Wright, and has six original compositions and five covers, from artists and bands like John Mayer and The Who.

In 2013, Mahal appeared in the documentary film on Byrds founding member Gene Clark, 'The Byrd Who Flew Alone', produced by Four Suns Productions. Clark and Mahal had been friends for many years.

In June 2017, Mahal appeared in the award-winning documentary film The American Epic Sessions, directed by Bernard MacMahon, recording Charley Patton's "High Water Everywhere" on the first electrical sound recording system from the 1920s. Mahal appeared throughout the accompanying documentary series American Epic, commenting on the 1920s rural recording artists who had a profound influence on American music and on him personally. 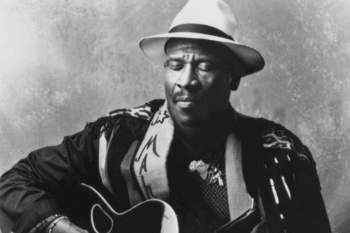 Are you enjoying “Catfish Blues” by Taj Mahal?