'Bashed Out'
by This Is the Kit 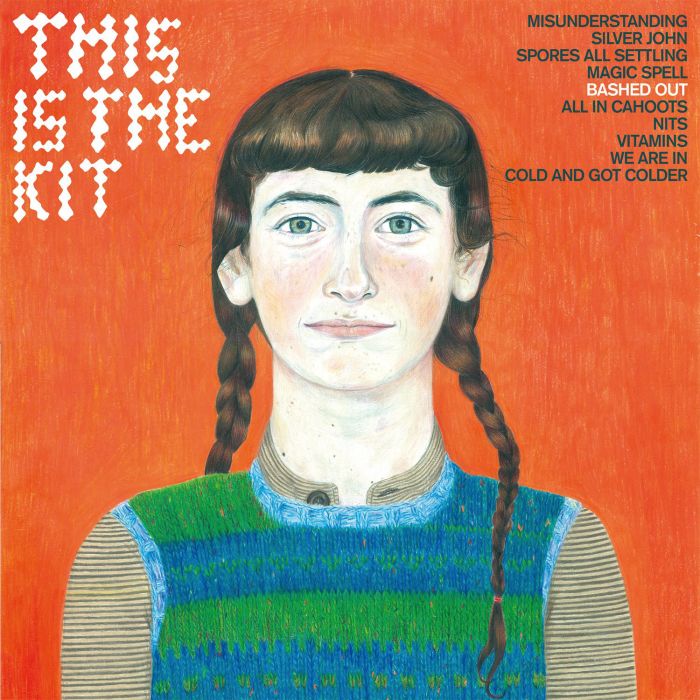 This Is the Kit is the alias of British musician Kate Stables, as well as the band she fronts.

This Is the Kit is the alias of British musician Kate Stables, as well as the band she fronts.

This Is The Kit were a long-time favourite among various BBC Radio 6 Music DJs, which is where the musician and presenter Guy Garvey discovered them, playing their music frequently. Fellow 6 Music DJs Lauren Laverne, Radcliffe & Maconie, Cerys Matthews, and Mary Anne Hobbs have also been major supporters; DJ Marc Riley has hosted the band for three BBC live sessions to date. BBC Radio 1 has offered the band spot plays via DJs Huw Stephens, Jen & Ally, and Phil Taggart.

As the band prepared to release their third album Bashed Out in late 2014 and early 2015, they began to receive more attention from online and print critics. Uncut, Drowned in Sound, The Line of Best Fit and The 405 awarded the album 8/10 ratings. The Mancunion rated a live show a 9/10. Finally, the American blog Stereogum wrote that "Kate Stables has been recording music as This Is The Kit for years now, but this is probably one of the first times you’re reading about her. "Bashed Out" will be her third full-length album, and…it will also likely be her breakout."

The band received a boost in attention in August 2015 when BBC iPlayer debuted an episode of the documentary series Music Box devoted to This Is The Kit's music and influences. The show was hosted by Garvey, who argued that their second album, Wriggle Out the Restless, deserved a Mercury Prize nomination.

The band also appeared in the BBC One television series Wanderlust, playing in a night club that Toni Colette's character Joy attended.

In 2006, record label Sunday Best Recordings included the band's song "Two Wooden Spoons" in its Folk Off compilation album alongside artists including Animal Collective, Tunng and Vashti Bunyan. Their song was noted as a standout with Drowned in Sound stating: "its personal touch is largely what makes This Is The Kit the British highlight, not to mention that of the compilation as a whole". Following that, Sunday Best went on to release "Two Wooden Spoons" as a 7" single with the B side "Come a Cropper" in 2006.

This Is The Kit's first album, Krülle Bol (2008), was produced in Bristol by John Parish, a musician best known as PJ Harvey's longtime producer. It was originally released on the French label Microbe but has since been reissued on the band's own imprint.

The band's second album, Wriggle Out the Restless, was originally released by Dreamboat Records in 2010 and later reissued by the band's own Disco-ordination Records. In 2013 distribution began migrating to Brassland Records. The recording sessions drew on the talents of the Stables' extended musical community including Rozi Plain, Jim Barr, Francois & the Atlas Mountains and The Liftmen. The album was produced by longtime collaborator and partner Jesse D. Vernon.

In 2014, the band began work on their third studio LP Bashed Out with Aaron Dessner of The National. The band's usual members contributed to the recording as did studio musicians recruited by Aaron Dessner, including his brother Bryce Dessner, Benjamin Lanz, Thomas Bartlett, and Matt Barrick, amongst others. Brassland released the album in April 2015. It received attention as the band's "breakthrough" recording, and as one of the best British recordings of 2015.

July 2017 brought the release of the band's fourth LP Moonshine Freeze. The record was well received and chosen as the Rough Trade Album of the Month for July.

In October 2020, the band released their fifth LP Off Off On, again with Rough Trade.