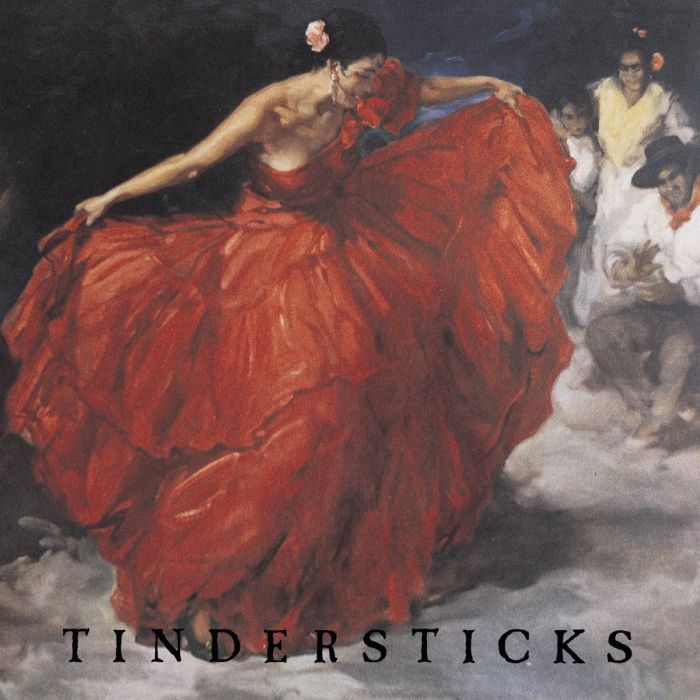 Tindersticks are an English alternative rock band formed in Nottingham in 1991. They released six albums before singer Stuart A. Staples embarked on a solo career. The band reunited briefly in 2006…

Tindersticks are an English alternative rock band formed in Nottingham in 1991. They released six albums before singer Stuart A. Staples embarked on a solo career. The band reunited briefly in 2006 and more permanently the following year. The band recorded several film soundtracks, and have a long-standing relationship collaborating with French director Claire Denis.

Staples, Boulter, Fraser, Macauley and Hinchliffe, all former members of Asphalt Ribbons, formed the band in 1991. The final line-up for the Old Horse mini-LP (1991) was: Stuart Staples (vocals), Dave Boulter (organ and accordion), Neil Fraser (guitar), Dickon Hinchliffe (guitar and strings), Al Macauley (percussion and drums), and John Thompson (bass). Mark Colwill was recruited when Thompson left the Asphalt Ribbons, but it is not known if he played any gigs under the Asphalt Ribbons name. They then changed their name to Tindersticks after Staples discovered a box of German matches on a Greek beach.

Tindersticks started recording demo tapes in 1992, and formed their own label Tippy Toe Records to release their first single, "Patchwork", in the same year.

Their self-titled first and second albums established their signature sound and received widespread critical acclaim. Their live performances, often augmented by large string sections and even, on occasion, a full orchestra, were well received. The live album The Bloomsbury Theatre 12.3.95 is a recording of one such concert. By the time of the third album, Curtains, however, it was clear that a change of direction was called for.

The fourth album, Simple Pleasure, lived up to its title with a series of snappy, direct songs influenced by soul music. The female backing vocals on several tracks, and the respectful cover of Odyssey's "If You're Looking for a Way Out", signalled the band's wish to move towards lighter, more soulful material. However, the inner sleeve's documentation of the number of takes each track went through was evidence that the band continued to adopt a painstaking approach to recording.

The fifth album, Can Our Love..., continued the band's soulful direction, in particular evidence on the tender "Sweet Release" and in the nod to The Chi-Lites in the title of "Chilitetime".

The sixth album, Waiting for the Moon, was more stripped down and introspective in nature, particularly on the harrowing "4.48 Psychosis" (based on the play of the same name by the British playwright Sarah Kane) and "Sometimes It Hurts". Only the bouncy "Just a Dog" lightened the otherwise melancholy mood of the album.

In 2005, Staples embarked on a solo career and there was resultant speculation that the band had split. Staples has so far produced two solo albums, Lucky Dog Recordings 03-04 and Leaving Songs. The title of the second album, and Staples' notes on it, indicated that change was in the air: "These are songs written on the verge of leaving the things I loved and stepping into a new unknown life, both musically and personally. I was always aware that these songs were the end of something, a kind of closing a circle of a way of writing that I started so long ago and I knew I had to move on from."

In September 2006, the band played a one-off concert at London's Barbican Centre, performing their second album in full with a nine-member string section and two brass players, including former collaborator Terry Edwards on trumpet.

Staples later acknowledged that this show, while being a happy triumph, was also "tinged with sadness of the knowledge that the six of us had made all the new music we were going to make together." However, it also rekindled his determination to make a new album.

In 2007, a stripped-down line-up of three of the original band, Staples, Boulter and Fraser, spent time writing and recording in a newly equipped studio in Limousin, France. They were joined by Thomas Belhom on drums and Dan McKinna on bass, with Ian Caple engineering. The resulting album, The Hungry Saw, was released on Beggars Banquet in April 2008. Tindersticks played a number of other European dates during the summer festival season and also announced a winter 2008 European tour.

In 2010, the eighth studio album Falling Down a Mountain was released on 4AD/Constellation Records with a changed band line-up, with Earl Harvin replacing Belhom on drums and David Kitt, a solo artist in his own right, joining the band on guitar and vocals.

In October 2013, after missing the band's 20th anniversary the years before, the band released their tenth studio album, the retrospective Across Six Leap Years, containing ten re-recorded songs from their back-catalog and from Stuart A. Staples solo album period. In the autumn of 2013 they toured several European capital cities in their Across Six Leap Years anniversary tour, supported by Terry Edwards on saxophone and horns and Gina Foster on backing vocals.

In 2016 they released their eleventh studio album The Waiting Room, followed by an extensive tour in February to May 2016.

Their 12th studio album, No Treasure But Hope, was released in later 2019 to positive reviews, with a tour planned for 2020. Ahead of these tour dates, the band released the four-song See My Girls EP along with a video for the title track.

U.S. and European tour dates were cancelled due to the COVID-19 pandemic, which is why the core band focused on working on a new album during 2020. In January 2021, the band announced their thirteenth regular album Distractions, which was released on February 19th and charted at number 15 in the Offizielle Deutsche Charts' Album Top 100 in Germany.