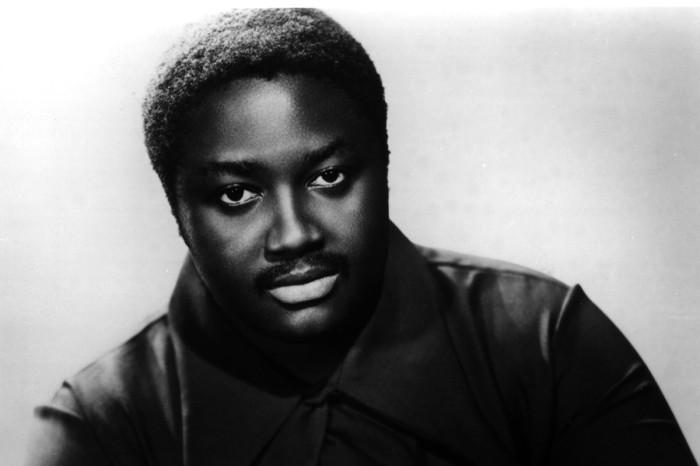 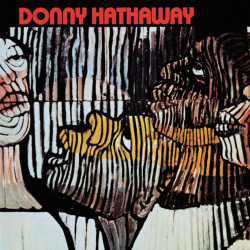 Donny Edward Hathaway (October 1, 1945 – January 13, 1979) was an American soul singer, keyboardist, songwriter, and arranger. Hathaway has been described as a "soul legend" by Rolling Stone. His enduring…

Donny Edward Hathaway (October 1, 1945 – January 13, 1979) was an American soul singer, keyboardist, songwriter, and arranger. Hathaway has been described as a "soul legend" by Rolling Stone. His enduring songs include "The Ghetto", "This Christmas", "Someday We'll All Be Free", "Little Ghetto Boy", "I Love You More Than You'll Ever Know". Hathaway is also renowned for his signature versions of "A Song for You", "For All We Know" together with "Where Is the Love" and "The Closer I Get to You", two of many collaborations with Roberta Flack. He's been inducted into the St. Louis Walk of Fame and won one Grammy from four nominations. Hathaway was also posthumously bestowed with a Grammy Lifetime Achievement Award.

Hathaway worked as songwriter, session musician and producer for Curtis Mayfield's Curtom Records in Chicago. He did the arrangements for hits by the Unifics ("Court of Love" and "The Beginning of My End") and took part in projects by the Staple Singers, Jerry Butler, Aretha Franklin, the Impressions and Curtis Mayfield himself. After becoming a "house producer" at Curtom, he also started recording there. Hathaway recorded his first single under his own name in 1969, a duet with singer June Conquest called "I Thank You Baby". They also recorded the duet "Just Another Reason", released as the b-side. Former Cleveland Browns president Bill Futterer, who as a college student promoted Curtom in the southeast in 1968 and 1969, was befriended by Hathaway and has cited Hathaway's influence on his later projects.

That year, Hathaway signed to Atco Records, then a division of Atlantic Records, after being spotted for the label by producer/musician King Curtis at a trade convention. He released his first single of note, "The Ghetto, Pt. 1", which he co-wrote with former Howard roommate Leroy Hutson, who became a performer, writer and producer with Curtom. The track appeared the following year on his critically acclaimed debut LP, Everything Is Everything, which he co-produced with Ric Powell while also arranging all the cuts.

His second LP, Donny Hathaway, consisted mostly of covers of contemporary pop, soul, and gospel songs. His third album Roberta Flack & Donny Hathaway was an album of duets with former Howard University associate and label mate Roberta Flack that established him, especially on the pop charts. The album was both a critical and commercial success, including the Ralph MacDonald-penned track "Where Is the Love", which proved to be not only an R&B success, but also scored Top Five on the pop Hot 100. It sold over one million copies, and was awarded a gold disc by the RIAA on September 5, 1972. The album also included a number of other covers, including versions of Carole King's "You've Got a Friend", "Baby I Love You", originally a hit for Aretha Franklin, and "You've Lost That Loving Feeling".

Perhaps Hathaway's most influential recording is his 1972 album, Live, which has been termed "one of the best live albums ever recorded" by Daryl Easlea of the BBC. The album can also be found on the British online music and culture magazine The Quietus' list of "40 Favourite Live Albums". It was recorded at two concerts: side one at the Troubadour in Hollywood, and side two at The Bitter End in Greenwich Village, Manhattan.

Hathaway followed this flurry of work with some contributions to soundtracks, along with his recording of the theme song to the TV series Maude. He also composed and conducted music for the 1972 soundtrack of the movie Come Back Charleston Blue. In the mid-1970s, he also produced albums for other artists including Cold Blood, where he expanded the musical range of lead singer Lydia Pense.

His final studio album, Extension of a Man came out in 1973 with two tracks, "Love Love Love" and "I Love You More Than You'll Ever Know" reaching both the pop and R&B charts. However, it was probably best noted for his classic ballad, "Someday We'll All Be Free" and a six-minute symphonic-styled instrumental piece called "I Love The Lord, He Heard My Cry". He told UK music journalist David Nathan in 1973, "I always liked pretty music and I've always wanted to write it." Added the writer, "He declined to give one particular influence or inspiration but said that Ravel, Debussy and Stravinsky were amongst whom he studied."

He returned to the charts in 1978 after again teaming up with Roberta Flack for a duet, "The Closer I Get to You" on her album, Blue Lights in the Basement. The song topped the R&B chart and just missed the number 1 spot on the Hot 100 (reaching #2). Atlantic then put out another solo single, "You Were Meant For Me" shortly before his sudden death.

Liner notes for later releases of his final solo album explain: "Donny is no longer here, but the song "Someday We'll All Be Free" gathers momentum as part of his legacy... Donny literally sat in the studio and cried when he heard the playback of his final mix. It's pretty special when an artist can create something that wipes them out." Edward Howard, lyricist of the song, adds, "It was a spiritual thing for me... What was going through my mind at the time was Donny, because Donny was a very troubled person. I hoped that at some point he would be released from all that he was going through. There was nothing I could do but write something that might be encouraging for him. He's a good leader for young black men".