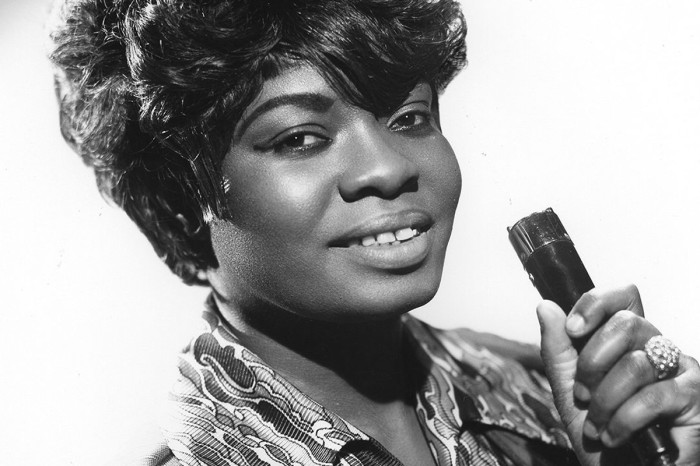 Koko Taylor (born Cora Anna Walton, September 28, 1928 – June 3, 2009) was an American singer whose style encompassed Chicago blues, electric blues, rhythm and blues and soul blues. Sometimes called "The Queen of the Blues", she was known for her rough, powerful vocals.

Life and career
Born on a farm near Memphis, Tennessee, Taylor was the daughter of a sharecropper. She left Tennessee for Chicago in 1952 with her husband, Robert "Pops" Taylor, a truck driver. In the late 1950s, she began singing in blues clubs in Chicago. She was spotted by Willie Dixon in 1962, and this led to more opportunities for performing and her first recordings. In 1963 she had a single on USA Records, and in 1964 a cut on a Chicago blues collection on Spivey Records, called Chicago Blues. In 1964 Dixon brought Taylor to Checker Records, a subsidiary label of Chess Records, for which she recorded "Wang Dang Doodle", a song written by Dixon and recorded by Howlin' Wolf five years earlier. The record became a hit, reaching number four on the R&B chart and number 58 on the pop chart in 1966, and selling a million copies. She recorded several versions of the song over the years, including a live rendition at the 1967 American Folk Blues Festival, with the harmonica player Little Walter and the guitarist Hound Dog Taylor. Her subsequent recordings, both original songs and covers, did not achieve as much success on the charts.

"Taylor sounds like you always wanted those women with Big in front of their names to sound—powerful, even rough, without ever altogether abandoning her rather feminine register."
— Christgau's Record Guide: Rock Albums of the Seventies (1981)

Taylor became better known by touring in the United States in the late 1960s and early 1970s, and she became accessible to a wider record-buying public when she signed a recording contract with Alligator Records in 1975. She recorded nine albums for Alligator, eight of which were nominated for Grammy awards, and came to dominate ranks of female blues singers, winning twenty-nine W. C. Handy/Blues Music Awards.

She survived a near-fatal car crash in 1989. In the 1990s, she appeared in the films Blues Brothers 2000 and Wild at Heart. She opened a blues club on Division Street in Chicago in 1994, which relocated to Wabash Avenue, in Chicago's South Loop, in 2000 (the club is now closed).

In 2003, she appeared as a guest with Taj Mahal in an episode of the television series Arthur. In 2009, she performed with Umphrey's McGee at the band's New Year's Eve concert at the Auditorium Theater, in Chicago.

In her later years, she performed over 70 concerts a year and resided just south of Chicago, in Country Club Hills, Illinois.

Taylor's final performance was at the Blues Music Awards, on May 7, 2009. She suffered complications from surgery for gastrointestinal bleeding on May 19 and died on June 3.

On June 25, 2019, The New York Times Magazine listed Koko Taylor among hundreds of artists whose material was reportedly destroyed in the 2008 Universal fire.