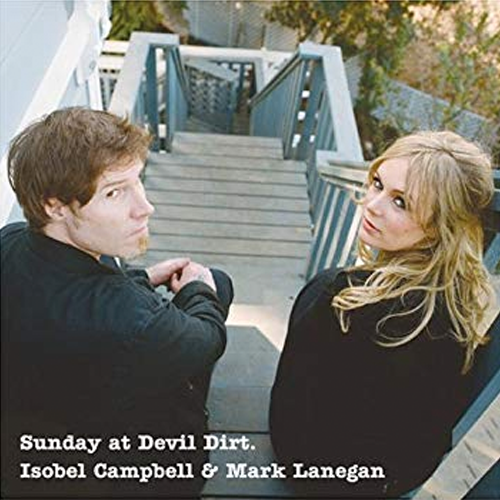 The second album from odd-couple collaborators Isobel Campbell and Mark Lanegan feels a touch phony but hardly phoned in. He's got the voice, she's got the songs, and together they take us back to the…

The second album from odd-couple collaborators Isobel Campbell and Mark Lanegan feels a touch phony but hardly phoned in. He's got the voice, she's got the songs, and together they take us back to the late 60s.

It was another surprising detour in a career composed almost exclusively of detours: Isobel Campbell, former Belle & Sebastian member and sometime solo act, teamed with Mark Lanegan, taciturn former Screaming Trees singer and serial collaborator. With the release of their Ballad of the Broken Seas, the "Beauty and the Beast" lines came fast and furious. So did the Nancy and Lee comparisons, which were probably welcome. The pairing of Lanegan and Campbell may have come as a shock to fans of the latter (and maybe even the former) but the music itself was less than revelatory. Indeed, the Lee Hazelwood/Nancy Sinatra template is iconic for a reason, and to borrow it means to risk imitating them. It also means treading closely to Leonard Cohen, Scott Walker, or any other somber, late-1960s orchestral pop act.

Still, the results were beautiful and brooding, with Campbell's songwriting significantly enhanced by this very specific setting. Sequels, however, are inherently built on familiarity and a sequel to the solid yet by-the-books Ballad of the Broken Seas could be as problematic as the Hollywood models are. Yet while Sunday at Devil Dirt may be more of the same (with glimpses of Tom Waits' junkyard blues tossed in to good effect), Campbell and Lanegan were never out to do anything different. Once again, melancholy, minor-key folk melodies, and bits of spy-theme and spaghetti-western cool color the album, typically enhanced by only the classiest of accompaniment-- upright bass, strings, brushed drums, twangy electric guitars, and other chamber-pop mainstays. And once again, Campbell works better as a supporting player on her own record than as a leader, cooing and chiming away in the background. Sure, she provides most of the songwriting, but it's Lanegan who provides the gravitas.

Fortunately, Campbell seems to realize her place here as writer and arranger first and foremost, generally ceding the spotlight to Lanegan on the likes of the bleak (of course) "The Raven" and "Back Burner", the somewhat lighter country-blues of "Salvation" and "Sally Don't You Cry", and the spare folk of "Something to Believe". Compared to Lanegan, Campbell sounds thin singing lead on "Shot Gun Blues" or as duet partner on "Who Built the Road" and "The Flame That Burns". Her vocals are almost like post-production special effects.

In a lot of ways that's what makes the disc such a good, breezy listen. Campbell's turn on "Come On Over (Turn Me On)" aims for sultry yet can't get beyond sweet and innocent; in Lanegan, however, she's found a substitute singer that's a perfect match for the strength of her compositions, a rumbling, grumbling vessel through which to channel her songs, themselves channeling the vibe of a lost but not forgotten time of smoky bars, scratchy jukeboxes, convertibles, open roads, broken hearts, cheap motels, and cheaper thrills. It's a bit like a dust-specked and flickering faux Super-8 road trip reel, with Campbell manning the camera and sitting in the director's chair and Lanegan glowering away in the uncomfortable glare of the sun. 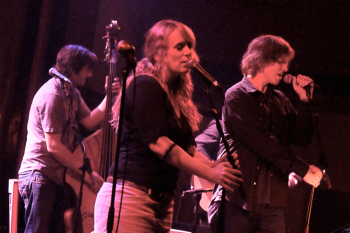 Are you enjoying “Fight Fire With Fire” by Isobel Campbell & Mark Lanegan?