'There Is So Much More'
by Brett Dennen 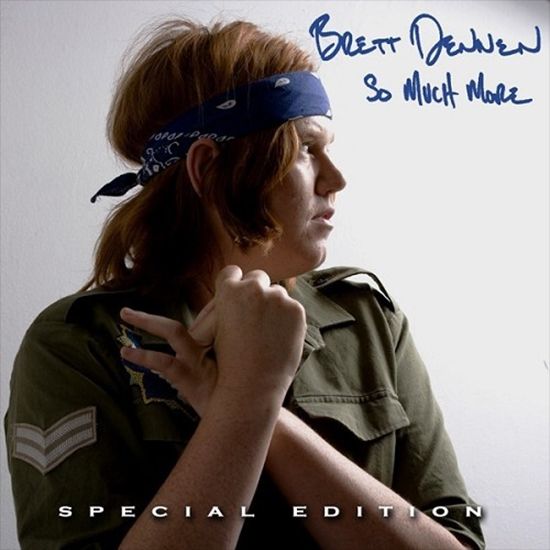 'There Is So Much More'

Brett Michael Dennen (born October 28, 1979) is an American folk/pop singer and songwriter from Central California. His sixth studio album, Por Favor, was released in May 2016.

Brett Michael Dennen (born October 28, 1979) is an American folk/pop singer and songwriter from Central California. His sixth studio album, Por Favor, was released in May 2016.

Early life
Dennen grew up in Central Valley, California in a small farm town. As a child, Dennen was homeschooled, where he was given creative freedom by his parents. His father was an avid pickler, which Dennen attributes to his own love for briney foods. He spent much of his time learning to play music. After becoming proficient in the guitar, he started to write his own songs.

Dennen learned to play guitar while attending Camp Jack Hazard, a residential summer camp in the Sierra Nevada Mountains. His camp counselors played the music of Neil Young, John Denver, and Joni Mitchell, the same music that his parents listened to. As an adolescent, he worked there as a counselor. He has continued to help the camp, performing at a fundraiser in February 2012 for the Jack and Buena Foundation, which now runs Camp Jack Hazard.

He attended Oakdale High School. He graduated from the University of California, Santa Cruz in 2002, where he was a student at Kresge College. He majored in sociology and philosophy, with goals of becoming an educator, a teacher, or a community worker. He also led numerous anti-smoking campaigns on campus, and was instrumental in removing ash trays from building entrances. He also began writing music with friends, and he eventually established a jam band, playing mandolin alongside an acoustic guitarist, bassist, hand drummer, and flutist. He found writing music that everyone would like, however, "stifling and overwhelming."

After graduating college and remaining in Santa Cruz, Dennen moved to Los Angeles to perform. In late 2003 and early 2004, he began to record his first album, which he self-released. A year after the album's release, Universal signed on as a distributor.