'Piece of Me'
by Lady Wray 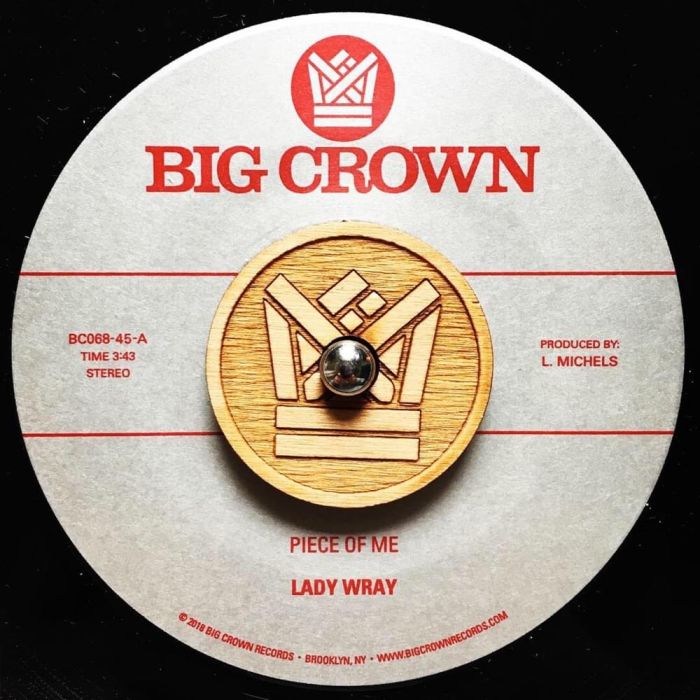 Wray was born in Salinas, California and raised in Portsmouth, Virginia. After being introduced to Missy Elliott, Wray was featured on Missy's platinum certified debut Supa Dupa Fly. When Elliott started her own label, The Goldmind, the then 17-year-old Wray was the first artist signed. She impressed Elliot with her singing skills.

In 1998, her debut album Make It Hot was released. Heavily criticized for Elliott's heavy-handed involvement (she produced, wrote, and performed on much of the album) the first single, "Make It Hot", peaked at number five on the Billboard Hot 100 chart and was certified gold. Her second single, "I Can't See", reached number 36 on the Rhythmic Top 40 chart. Her debut album Make It Hot peaked at number nineteen on the Top R&B/Hip-Hop Albums chart (number 42 on The Billboard 200) and dropped off by the end of the year. The third single, "Eyes Better Not Wander", peaked at number 71 on the Billboard Hot R&B/Hip-Hop Songs chart. Later that year, Wray would sing the hook to "All n My Grill" on Missy Elliott's platinum certified second album, Da Real World.

In July 2001, Wray released "I'm Lookin'", the first single from her planned second album Elektric Blue. "I'm Lookin'" peaked at number 66 on the Hot R&B/Hip-Hop Songs chart, but the album would eventually be shelved.

After amicably parting with The Goldmind, Wray was sought after to feature vocals on various albums and soundtracks. She would go on to sign a new album deal and under the guidance of Damon Dash was featured on Cam'ron's gold certified 2004 release, Purple Haze.

Later that year she released the single, "If I Was Your Girlfriend" from her scheduled Roc-A-Fella Records debut and sophomore studio set LoveChild. Though garnering some buzz, there ultimately was not enough push to release the album. After the temporary halt of Roc-A-Fella, LoveChild would suffer the same fate as its predecessor.

Still maintaining her work relationship with Damon Dash, Wray joined The Black Keys rock/hip-hop collective Blakroc, and was a major vocal contributor to the group's self-titled November 2009 debut. Wray was then enlisted to add her background vocals on The Black Keys' seventh studio LP, Brothers, which was released in May 2010.

In 2010, she appeared on Kid Cudi's second album Man on the Moon II: The Legend of Mr. Rager on the song "The End", alongside Chip tha Ripper and GLC.

In 2012, Wray teamed up with fellow soulstress Terri Walker to form retro-soul duo Lady. They were signed to Truth and Soul Records and their self-titled debut album was released on March 5, 2013.