'New Shade of Blue'
by Crook & The Bluff 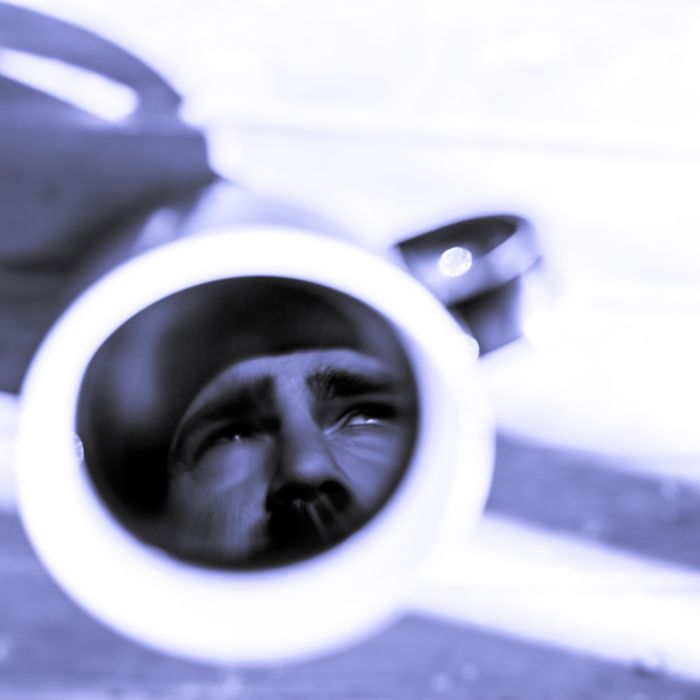 Awe-inspiring landscapes, towering monolithic formations, a powerful, indomitable spirit, unpredictable and mysterious in character. These elements of the American West are ever-present in the music…

Awe-inspiring landscapes, towering monolithic formations, a powerful, indomitable spirit, unpredictable and mysterious in character. These elements of the American West are ever-present in the music of Crook & the Bluff. Known for their dynamic performances and commanding aura, Crook & the Bluff’s unholy joining of western psychedelia and dirty, desert blues, influenced by the vast and beguiling wilderness of their high desert home, can only be fully experienced live.

At the forefront of this 4-piece is the booming baritone and piercing falsetto of lead singer Kirk Dath. Principle songwriter, and founding member, Dath is the voice that guides listeners through torrid scenes of desire, or ushers them across the River Styx with mellifluous whispers of absolution. Darren Farnsworth, the well-oiled engine of the group, provides both propulsion and elegance from behind the kit.

Equipped with an arsenal of songs depicting lust, love, loss, murder and malevolence, Crook & the Bluff’s music explores diverse themes and often meddles in strange curiosities. Storytellers at heart, “The Bluff” engulfs listeners in a spectrum of orchestrated vibrations, with eerie ballads of torment and revenge, a sultry number lamenting a lost bird that administer the pulse to the dance floor, or the droning, hypnotic piece that buzzes through the efficacy of licking toads. Equal parts musicians and mad-scientists, the band has crafted a deep symbiosis with its armory of equipment, using it to manifest colourful and mesmerizing soundscapes that has many fans describing them as “the Pink Floyd of the American West”.

Crook & the Bluff is a band more at home on the road, driven by an appetite for exploration, foreign encounters, and peering into the kaleidoscopic jewels of their minds, they regularly leave their hometown of Salt Lake City to tour throughout Euorpe, Southwest, Pacific Northwest, and California. Headlining music festivals, Craft Lake City, Escalante Music Festival, Utah Arts Festival, and MGME, The Bluff has also shared the stage with national acts including, Murder By Death, Wovenhand, Leopold and His Fiction and Jamestown Revival. Crook & the Bluff delivers their music with passion, intensity, and precision that leaves audiences bare, feverishly aching for more. 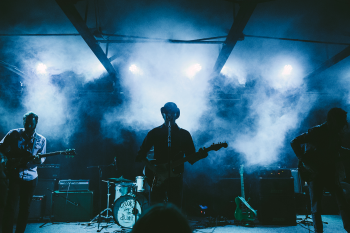 Are you enjoying “New Shade of Blue” by Crook & The Bluff?

Listen to additional Crook & The Bluff song picks on Darren's Song Of The Day.
Listen here