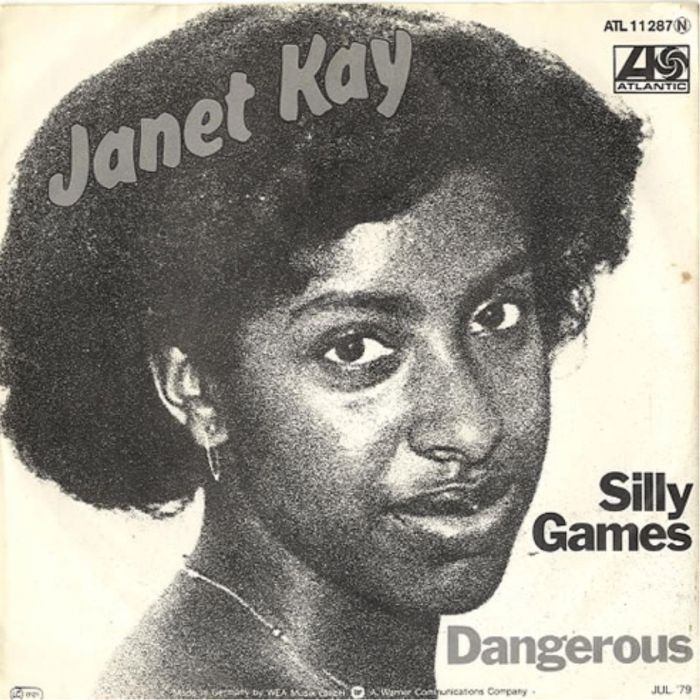 Janet Kay Bogle was born in Willesden, North West London. She was discovered singing impromptu at a rehearsal studio by Tony "Gad" Robinson, the keyboardist from Aswad, who recommended Kay to Alton Ellis. The Jamaican-born Ellis, a successful rocksteady vocalist, had relocated permanently to London, where he continued to be involved with reggae music and was looking for a female vocalist to record a reggae cover of Minnie Riperton's song "Lovin' You". In 1978 Kay recorded "I Do Love You" and "That's What Friends Are For". The single "Silly Games", written and produced by Dennis Bovell, was released in 1979 and became a hit across Europe, reaching No. 2 in the UK Singles Chart. The chart success of "Silly Games" led to Kay appearing on Top of the Pops, then the BBC's flagship music programme. She played the character Angel in the UK sitcom No Problem!, created by the Black Theatre Co-operative (now NitroBeat) and broadcast on Channel 4 (1983–85). While on the programme, she enjoyed a further club hit with "Eternally Grateful" in 1984, which also reached the UK top 100.

Kay has recorded, and co-produced her seventh album for Sony Music Japan. It was released on 18 June 2003, and is entitled Lovin' You … More. The popularity of the song "Lovin' You" in Japan is so strong that she was asked to record it again for this album (for the third time). That version was produced by Omar.

"Silly Games" first hit the UK charts in 1979, and appeared again in 1990 as a re-recording, billed as by Lindy Layton featuring Janet Kay, which reached No. 22. A remix version of Kay's original recording spent three weeks in the UK Singles Chart, peaking at No. 62.

Kay is credited as producer on "Missing You", recorded by Aswad.

She was a founding member of BiBi Crew, Britain's first theatre troupe made up entirely of Black women.