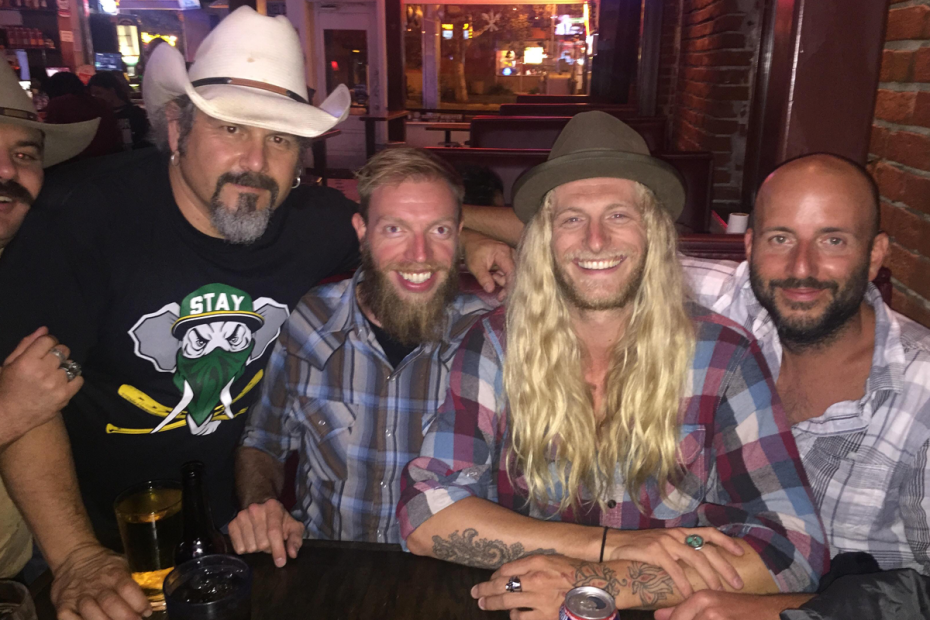 In mid August of 2016, Darren was invited to tour with Jordan Matthew Young of Candy's River House.

During this three week tour, Candy's performed about 20 times and drove approximately 3,000 miles. Besides playing shows and driving from one to the next, frisbee time on the beach was second priority.

Here are the some of the cities and venues that Candy's River House performed throughout this tour:

Nate just wants to have fun

Bullet holes in our hotel room

Day off in SF

Closing the bar down

Getting our feet wet